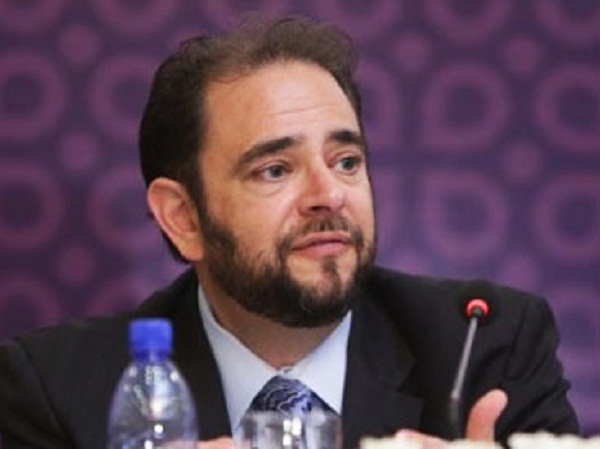 It is true that in the last several years the US has lost a great amount of prestige on the world stage, the US principal and expert of The Tool Shed Group, LLC (TSG, LLC), a consultancy that advises foreign governments, NGOs and corporations in the realms of strategic communications, politics and policy Jason Katz told on Feb.19.
He was commenting on criticism of Azerbaijan, which became more frequent, by the US political circles and media.

Equally important, indeed dire, is that the US has lost prestige amongst many of its allies, not just Azerbaijan, Katz said, adding that historically, the United States has been depended upon as a nation that “says what it means and means what it says.”

“This meant in the past that if the US drew a red line in the sand, we meant it and conducted our foreign, diplomatic and military policy accordingly,” said Katz.

“This ethic has slipped considerably and has been back pedaled quite a lot these past years. Further, a blanket policy of the US was to support our friends and combat our enemies. There has been a quantum shift away from this policy, specifically the attitudes toward Azerbaijan, Israel and others,” he said.

The expert went on to add that in terms of Azerbaijan and Azerbaijan’s internationally recognized territory of Nagorno-Karabakh and surrounding districts, the US has conducted unclear and even hypocritical policies.

“On one hand we have successive US Administrations supporting Azerbaijan in terms of energy, security, counter terrorism, etc., but on the other hand the US has done little to genuinely move toward any possible peace accord or resolution of this frozen conflict with Armenia,” he said.

"Importantly, it is clearer now than ever before that had the US taken a stronger stand in support of Azerbaijan`s sovereignty and territorial integrity, we would not have seen the tragedies of 2008 in Georgia and today`s events in Ukraine," Katz said.

“Sadly, UNHCR (the United Nations High Commissioner for Refugees) has recently reported that the number of Internally Displaced Persons in Ukraine has reached some 1 million people,” Katz said. “This is a familiar number for Azerbaijanis, though the ratio of 1 million displaced to the total population is much higher in Azerbaijan than it is in Ukraine.”

“We have a saying in the US, “What is good for the goose is good for the gander”,” he said. “Clearly, if the occupation and annexation of territory belonging to Ukraine is illegal, then, of course, the same principle should be applied to Azerbaijan and Armenian occupation of Nagorno-Karabakh and the US should act accordingly. Otherwise it is, by anyone’s standards (providing they were being honest), a double standard.”

Ukrainian authorities launched a military operation in April 2014 against rebels in Donbass that were dissatisfied with the February coup. Around 5,600 civilians became the victims of the conflict, according to the latest data from UN.

Following the negotiations between the leaders of Russia, Ukraine, Germany and France in Minsk on Feb.12, the conflicting sides – Ukrainian authorities and militias – signed a document envisaging a truce as of Feb.15. The document was signed with the mediation of Russia and OSCE.

The conflict between Armenia and Azerbaijan began in 1988 when Armenia made territorial claims against Azerbaijan. As a result of the ensuing war, in 1992 Armenian armed forces occupied 20 percent of Azerbaijan, including the Nagorno-Karabakh region and seven surrounding districts.

Armenia has not yet implemented the UN Security Council`s four resolutions on the liberation of the Nagorno-Karabakh and the surrounding regions.