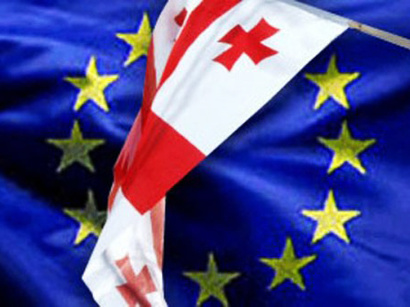 Georgia`s Ministry of Foreign Affairs hosted the 12th meeting of the subcommittee of the EU-Georgia on legal issues related to trade and the economy.
As the Ministry of Foreign Affairs of Georgia told Trend, the Georgian side was represented at the meeting by the Director of the Department for European Integration of the Foreign Ministry Minister Tea Akhvlediani, and the European side - by the deputy head of the Unit for Trade relations with Europe and Central Asia of the European Commission Philippe Cuisson.

The meeting was attended by representatives of the relevant departments of Georgia, the European Commission, the European External Action Service and the EU delegation to Georgia.

The EU side welcomed implementation of reforms in a number of spheres in Georgia and progress achieved. Special attention was paid to the negotiations in connection with the free trade zone between Georgia and the EU.

The EU side positively evaluated the progress achieved in the negotiations within a short period of time with regards to harmonization of the text, and welcomed efforts by the Georgian side, aimed at the implementation of reforms related to this agreement.