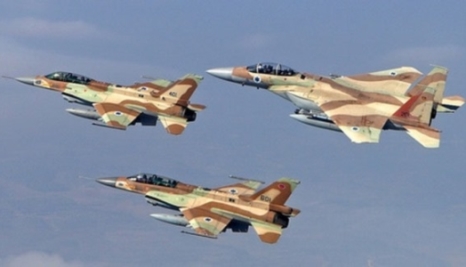 In an expansive hangar in central Israel, workers toil on one of the world`s most contentious aircraft, fitting dozens of drones with advanced sensors, cameras and lasers before they are shipped to militaries worldwide to perform highly sensitive tasks.
Whereas drones are often criticized elsewhere for being morally and legally objectionable, in Israel they are a source of pride. Israel – a pioneer of drone technology – has emerged as the world`s leading exporter of the aircraft and its accessories, putting it in a strong position as the industry continues to grow

A report produced by U.S. consulting firm Frost & Sullivan determined earlier this year that Israel is now the largest exporter of unmanned aerial systems, surmounting aerospace giants in the U.S. The report said that from 2005 to 2012, Israel exported some $4.6 billion worth of systems, including aircraft, payloads, operating systems and command and control caravans. U.S. overseas sales for the same time period were between $2 and $3 billion, the report said.

Since Israeli drone makers do not release precise sales figures, the Israeli numbers are estimates based on the number of UAVs sold and the overall value of contracts that were announced during the seven-year period. Industry experts could not confirm the report`s numbers, but said Frost & Sullivan is a respected firm and its conclusions reflected Israel`s leading spot in the field.

Israel is well-positioned for the future. Analysts see demand for military UAVs quadrupling over the next decade, driven by their success in wars in Iraq and Afghanistan, where they have been used by Western forces to monitor and attack militants. Countries like Italy, Germany and South Africa, among others, also export their drones and dozens of others have started their own UAV programs.

Global spending on the technology is expected to jump from an estimated $6.6 billion this year to $11.4 billion in 2022, according to the Teal Group, which analyzes the aerospace industry. A fledgling civilian market is also expected to surge.

While the U.S. has faced criticism over the use of its drones in lethal missile attacks against militants, in Israel, they are being used in a growing number of operations.

Defense officials say that drones account for roughly half of the military`s flight time. Drones proved essential in Israel`s last two wars in the Gaza Strip, providing its troops eyes over its enemies in congested urban areas of the Palestinian territory, and are lauded for sparing dozens of soldiers` lives. They also keep watch on neighboring Syria and Lebanon.