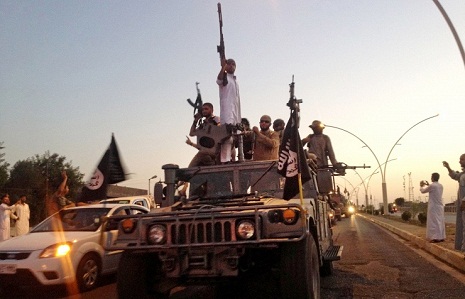 The militants of Islamic State extremist organization have blown up the central library in the second largest city of Iraq — Mosul, located 400 km north-west of the capital Baghdad, the Arab online newspaper Elaph has reported. Mosul has been under control of Islamic State armed groups since July 2014.

The explosion caused strong fire, which spread to all areas of the three-storey building, the director of Mosul library Ghanem at-Taan has said. The Islamic State militants started a fire of books and manuscripts of the cultural heritage of Iraq in the courtyard of the library, which was considered one of the oldest in the country. In total, around 10 thousand books were destroyed, including rare copies on culture, philosophy, Arab history, and hundreds of manuscripts.

According to eyewitnesses, the Islamic State purposefully destroys libraries throughout the territory controlled by the group. Thus, according to a member of the Board of Anbar province, Adal al-Fahdaui, only during the last week the Islamic State radical destroyed several libraries, burning more than 100 thousand books.