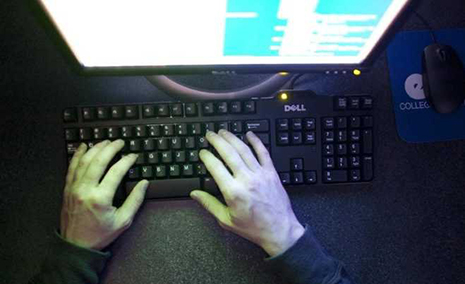 After Taiwan’s state-run Mega Financial Holding Co was fined $180 million by U.S. authorities for lax enforcement of anti-money-laundering rules at its New York branch, the bank started a rigorous training program for its staff.

Now, like Mega Financial, companies across Taiwan are working to get staff and systems up to speed after the island passed laws to meet international standards on combating money laundering and was taken off a watchlist by the Asia Pacific Group on Money Laundering (APG).

“Unfortunately, Taiwan has earned a name for itself as a paradise for money laundering,” Deputy Justice Minister Tsai Pi-chung told Reuters.

Money laundering and cybercrime connections to Taiwan, which is also in the process of pushing through a cyber security bill, have grabbed global headlines.

Some money from the $170 million cyber heist of India’s Union Bank of India was transferred through Taiwan’s Bank SinoPac. An international crime ring used malware to steal $2.6 million from the ATMs of Taiwan’s First Bank.

Taiwan was one of the six most targeted countries of the Wannacry ransomware attack earlier this year, according to security company Avast.

Since 2011, 800 people from China and Taiwan have been deported from Cambodia on suspicion of telecoms fraud.

Following its U.S. fine, Mega Financial said cleaning up its act is a top priority.

U.S. authorities had said the Mega branch had been “indifferent” to the risks associated with transactions involving Panama, a high-risk area for money laundering.

“What happened at our New York branch was just terrible,” said Robert Tsai, a senior executive vice president, referring to the fine and ensuing scandal.

“Half of our 6,000 clerks have been certified with anti-money laundering training. How each of our branches implements the rules and ensures proper training is the top priority for our business.”

To gain international confidence in its anti-money laundering measures, Taiwan will have to demonstrate it is putting the laws into practice. The APG will review Taiwan in 2018.

“The visit will focus on how effectively Taiwan will have actually implemented the anti-money laundering rules,” said Liang Hung-lieh, partner of PricewaterhouseCoopers Taiwan.

Under the anti-money laundering laws, these financial professionals will be required to report suspicious transactions, including bank transfers exceeding T$500,000 (US$16,500).

They will have to determine where the money came from, provide details about the client and report that to Taiwan’s newly established Anti-Money Laundering Office.

These are similar to regulations that countries that have signed up to global anti-money laundering rules overseen by the Financial Action Task Force (FATF) have adopted.

The cost to companies of implementing the new rules may be significant as they put processes, workers and data systems in place.

“There’s a lot of extra work for them to do now, such as determining the identities of their clients’ beneficiaries,” said an official with the Financial Supervisory Commission, the island’s financial regulator. He declined to be identified in the absence of permission to speak to the media.

“They don’t yet know exactly what they have to do, and to what extent, to be considered compliant with the new regulations. They’re going to need some time to digest all of these new rules,” he said.

The potential costs and increased difficulty of getting transactions done under the new rules worry those in the property market, said Wong Jui-chi, the spokesman for Taiwan’s Chinese Association of Real Estate brokers, while emphasizing that his industry intends to fully comply with the regulations.

“The property market is already in a bad shape and these new rules will make things worse by making the process of real estate transactions more complicated. More or less everyone in our industry is complaining about it,” he said.