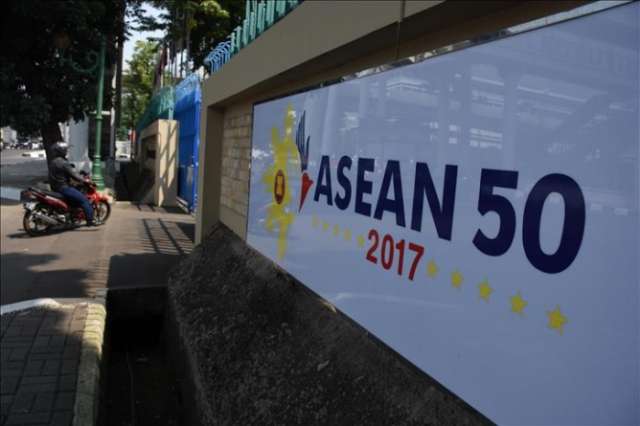 Ministers, senior officials, and delegates from the member countries of the Association of Southeast Asian Nations (ASEAN) gathered Monday in the country's capital city of Manila.

China, Japan, and the Republic of Korea will also actively join as dialogue partners for the 4-day meet as part of the Philippines' chairmanship of the ASEAN’s 50th founding anniversary this year, Secretary of Interior and Local Governments and AMMTC head Catalino Cuy told reporters in Manila.

One of the highlights of the event is the Second Special ASEAN Ministerial Meeting on the Rise of Radicalization and Violent Extremism that provides a platform for ASEAN member states to exchange experiences, views, and ideas on the best practices in handling the issues of radicalization and violent extremism.

Cuy said the Philippines is proud and honored to host this year’s meet considering that it is also very active in promoting and taking action against transnational crimes, particularly trafficking in persons.

“We take great pride in hosting this year’s AMMTC and the ASEAN Summit. We all recognize the magnitude and complexity of combating transnational crime and what we will be doing for the next five days will be crucial in our collaborative effort against this regional concern,” Cuy said.

The Philippines' main thrust under the Rodrigo Duterte presidency has been suppressing illegal drugs, corruption, terrorism or extremism which he believes are undermining security across all sectors and hampering the growth of the domestic economy.