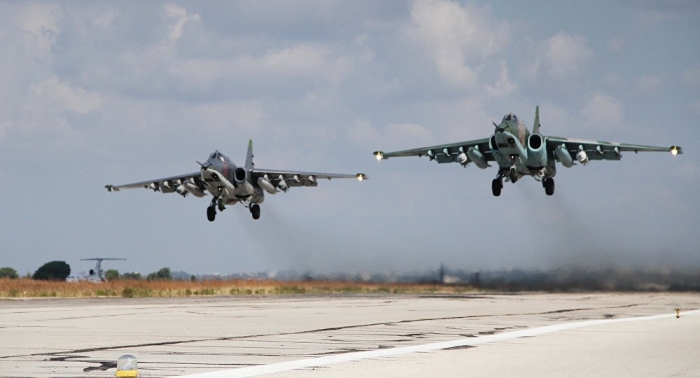 According to the spokesman for Russia's Defense Ministry, Russia's Aerospace Forces have killed seven Daesh field commanders, including a terrorist coordinator, in Syria on the eastern bank of the Euphrates over the past two days.

Russia's Aerospace Forces have taken out seven Daesh (ISIS) terrorist field commanders, including a terrorism coordinator, in Syria on the eastern bank of the Euphrates over the past two days, Russian Defense Ministry spokesman Maj. Gen. Igor Konashenkov said Tuesday.

"Seven field commanders of various levels were killed, including a native of Kazakhstan, Abu Islam al-Kazaki, who coordinated the actions of Daesh assault units in the Euphrates valley," Konashenkov said.

Russia's Aerospace Forces in Syria have destroyed a Daesh terrorist group center for the training of foreign mercenaries, killing about 40 militants from the North Caucasus, the Russian Defense Ministry's spokesman said Tuesday.

"The center for the assembly and training of Daesh foreign mercenaries, including about 40 militants from the North Caucasus, as well as a mobile sniper group of terrorists, were destroyed by an air strike," Konashenkov added.

Russia, along with Iran and local militia forces, has been assisting the Syrian government in its fight against terrorist groups wreaking havoc in the Arab country since 2011.

The ongoing war in Syria has left an estimated 220,000 dead and displaced approximately 12 million people (the nation's pre-war population was over 20 million, but most refugees are internally displaced, living in government controlled regions). Many of those who have left the country have poured into nations such as Turkey, Lebanon and Jordan, while others have sought asylum in Europe, making it the largest humanitarian crisis since World War II, according to the United Nations.