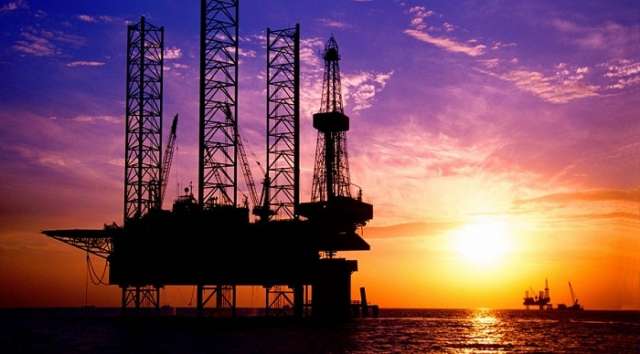 The global oil market continues to make progress, but the ongoing production gains from non-OPEC countries will probably act as a “the ceiling for aspirations of higher oil prices” in 2018, AzVision.az reports citing OilPrice.com.
In its monthly Oil Market Report published Thursday, the IEA cataloged the long list of indicators that suggests the oil market has made huge strides this year towards rebalancing. In the second and the third quarter, the global supply/demand balance was in a deficit, putting total inventories on track to drain at a rate of 0.3 million barrels per day for the whole of 2017.

The drawdowns were especially felt in floating storage, oil in transit, and in independent storage. Currently, OECD inventories are only 170 million barrels above the five-year average, a substantial drop from the 318 million-barrel surplus seen back in January. Moreover, stocks even fell in months when they typically rise.

All of this progress fueled a wave of optimism in the third quarter, culminating in a record buildup in bullish positions by money managers in September. However, like many of the bull runs seen in the past few years, money managers often take things farther than the fundamentals justify, leading to a sudden correction, which is what we saw earlier this month.

Also, global oil production was actually up in September by 90,000 bpd on non-OPEC growth. That puts total supply about 620,000 bpd higher than a year ago, a figure that already takes into account the 400,000 bpd year-on-year decline in OPEC production.

In fact, the IEA warned that the positive movements towards a tighter market might have run out of steam after two quarters of progress. U.S. shale production is showing some signs of weakness, but is still growing at an impressive rate. The spike in demand this summer is set to soften a bit. The IEA predicts that the supply and demand will be roughly balanced in 2018 after the sizable deficit this year, meaning that further progress towards rebalancing might be disappointingly slow.

Much of that is because U.S. shale is expected to plug the deficit, offsetting the barrels taken off the market by OPEC. The IEA sees non-OPEC growth expanding by 0.7 mb/d this year, a figure that doubles to an explosive 1.5 mb/d increase in 2018. This is the real reason why analysts are pessimistic about further price gains.

The upshot of these findings is that OPEC might need to take more dramatic action if it wants stronger and faster price increases. The IEA does not necessarily see that as a likely outcome of the next OPEC meeting, but the agency suggested in its report that OPEC officials are probably seeing the same thing that everyone else is seeing: the oil market stubbornly refusing to move towards balance despite some notable progress, and the prospect that 2018 might bring about more downside risk unless decisive action is taken.

The IEA sees the recent “bromance” between Saudi Arabia and Russia as a sign that two of the world’s largest oil producers “have re-committed to do whatever it takes to underpin the market and to support the long process of re-balancing.” The suddenly warm Saudi-Russian relationship is a strong indicator that the OPEC/non-OPEC coalition will at least extend their cuts beyond March 2018 when they meet in a few weeks, perhaps as long as through the end of next year. Although the possibility of deeper cuts remains remote, it is not an impossibility.

And because Saudi Arabia and Russia are demonstrating their resolve, they will almost certainly drag the rest of the group along with them. “While there may still be doubts about some of them, the market heavyweights have once again walked into the ring,” the IEA wrote.

Ultimately, the oil market looks fundamentally different than it did last year or even last quarter. The sharp drop in global inventories alone is evidence that things are heading in the right direction. But the journey isn’t over yet. “A lot has been achieved towards stabilizing the market, but to build on this success in 2018 will require continued discipline,” the IEA concluded.