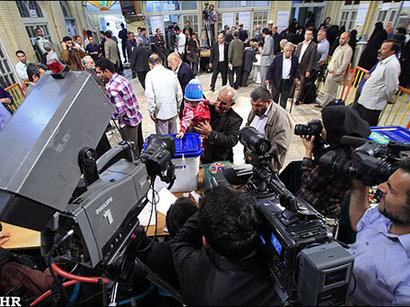 The 11th presidential elections have officially started today in Iran, IRIB News reported.
The elections have begun at 8 o`clock by local time (4:30 am London time).

The people of Iran will use 66,000 polling stations across the country to cast their votes for the presidential candidates.

Iran`s current president Mahmoud Ahmadinejad is not participating in the election race due to constitutional laws, which permit a person to participate for presidenicy for the third straight term.

Nearly 50.5 million Iranians are eligible to vote in the upcoming presidential poll. Iranians living in other countries would be able to vote through the embassies of Iran in those countries.

The primary results of the June 14 presidential election will be announced by the Iranian Interior Ministry, and would be then approved by the Guardian Council.

Over 420 journalists from 39 countries will be covering the presidential elections in the Islamic Republic of Iran, according to country`s Public Relations and Information Center of Ministry of Culture.