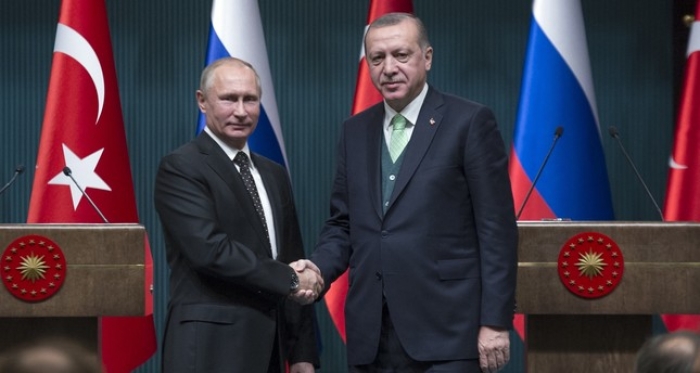 Erdoğan thanked Putin for Russia's support to the Jerusalem issue both at the United Nations Security Council and yesterday's General Assembly, where 128 countries voted against U.S. President Donald Trump's decision to recognize the holy city as the Israeli capital.

The two leaders also underlined that they were pleased of the outcome of the U.N. vote, saying that an important step was taken in declaring the U.S. recognition "null and void."

Erdoğan and Putin stressed that the U.S. should stick to the U.N resolution and international law in the matter of Jerusalem, as the city was of great significance to regional peace and stability.

The two leaders agreed to stay in close contact regarding the cooperation of Turkey and Russia in the energy and defense sectors.

The nonbinding resolution, sponsored by Turkey and Yemen, was approved Thursday by 128 countries with nine voting against. Apart from the U.S. and Israel, seven nations opposed the motion, although 35 of the 193 U.N. member states abstained and 21 were absent from the vote.

On Monday, the U.S. vetoed a Security Council resolution backed by the 14 other council members, calling on Trump to reverse his Jerusalem declaration.