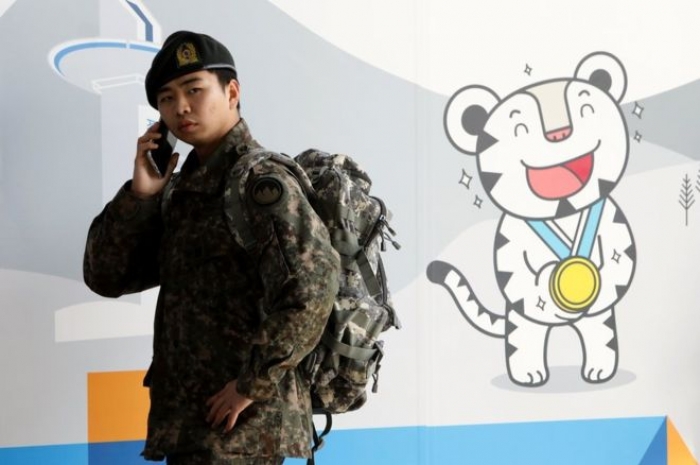 The meeting, on 9 January, will focus on finding a way for North Korean athletes to attend the Winter Olympic Games in South Korea in February.

North Korean leader Kim Jong-un said this week that sending a delegation to the Games would be "a good opportunity to show unity of the people".

The meeting is expected to be held at Panmunjom, on the border.

These will be the first high-level talks both Koreas have had since December 2015. It is not yet clear who will be attending.

South Korea's President Moon Jae-in has previously said he sees the Winter Olympics as a "groundbreaking chance" to improve relations between the Koreas, two countries still technically at war.

However some have expressed doubts over the significance of the move.

US Defense Secretary James Mattis said on Thursday that the agreement was "the result of international pressure", but added that it was unclear whether the move was "a real olive branch" or a "one-off from [Mr Kim]."

Japan's defence minister said his country would remain vigilant, adding that the North went through "phases of apparent dialogue and provocation" and would continue its weapons programme.

The so-called peace village, in the heavily guarded demilitarised zone (DMZ), is where the two sides have historically held talks.

According to an official from South Korea's presidential office, the meeting's priority will be the Pyeongchang Winter Games.

However, he told South Korea's Yonhap news agency that he believed there would also "be discussions related to improving South-North ties after the North's participation in the Olympics becomes final".

Earlier this week, in a small sign of progress, North Korea restored a telephone hotline at their mutual border, to enable the first contact about talks to be made.

However, the South Korean Unification Ministry official told AFP that the acceptance of the invitation to talks was sent by fax on Friday morning.

'Greatest threat to Japan since WW2'
The tentative moves towards the Olympic appearance come after months of escalating rhetoric from North Korea and the US.

The leaders of both countries have each threatened the other with nuclear annihilation.

North Korea has also infuriated the world with its repeated nuclear tests and missile launches, which have resulted in tightened international sanctions.

As part of efforts to smooth the path to the Olympics, the US has agreed to a request from South Korea to suspend joint military operations, scheduled to take place during the Games.

North Korea despises the drills, which it sees as invasion preparations.

Mr Mattis said the delay was "a practical matter" - part of "the normal give and take", and the drills would be conducted after the Paralympics finished on 19 March.

Japan added on Friday that the decision to delay drills was "not designed to compromise the increased pressure on North Korea".

"It is not an exaggeration to say the security environment surrounding Japan is at its severest since the Second World War", he said.

"By raising pressure on North Korea together with the international community, I intend to do my utmost to solve [its] nuclear, missiles and abduction issues."