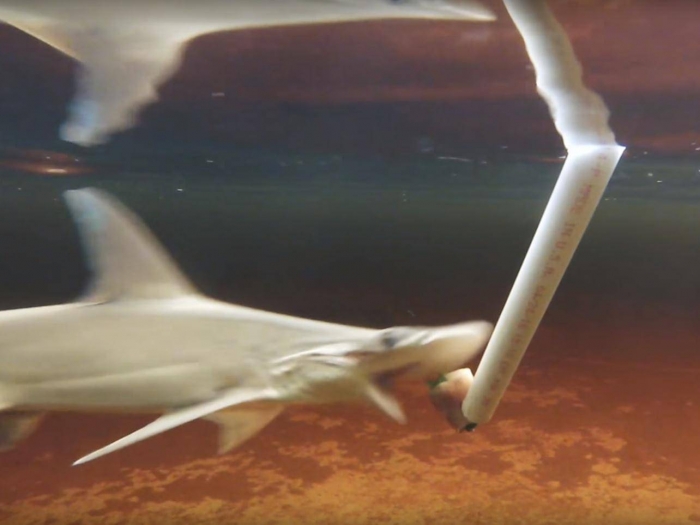 A species of shark that is able to survive on a diet consisting largely of plants, has been identified by scientists.

Despite their reputation as carnivores Bonnethead sharks were able to survive when they were fed a diet of seagrass, a plant that grows on the ocean floor.

The study, led by Samantha Leigh, a doctoral candidate at the University of California, Irvine, built on research conducted 10-years ago, which examined the creatures stomach contents.

That study revealed large quantities of seagrass. In some young sharks, scientists found over 60 per cent of the material in their stomachs was plant-based.

In order to establish whether sharks were intentionally feeding on plant material, or whether it was accidental, Ms Leigh and her colleagues fed captive sharks a 90 per cent seagrass diet for three weeks. The final 10 per cent was made up of squid.

Blood tests confirmed the sharks were digesting the plants and extracting nutrients from it.

The scientists also measured a spike in activity in their guts, of a digestive enzyme called β-glucosidase, which is known to break down cellulose material found in plants such as seagrass.

Results from this research were reported at the Society of Integrative and Comparative Biology annual meeting.

Bonnethead sharks are related to the more well-known hammerhead species, which are carnivores.

The smaller bonnetheads have guts that are similar in structure to their meat-eating cousins, not the longer guts normally found in plant eating animals.

Ms Leigh and her colleagues concluded that the role bonnethead sharks play in the coastal waters they inhabit should be re-evaluated, as they may not be the predators scientists previously assumed.

The original article was published in the Independent.