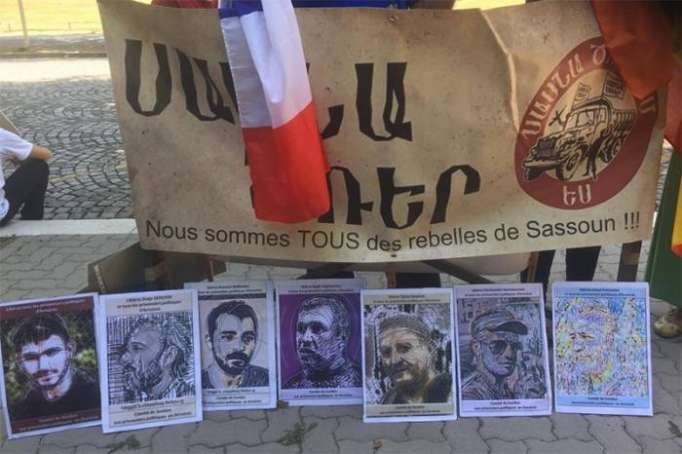 Today Armenian President Serzh Sargsyan has visited France. He will hold meetings with his French counterpart Emanuel Macron, as well as with mayor Anne Hidalgo, the presidents of the Senate and the National Assembly in Paris, AzVision.az reports citing the Armenian media.

On January 24, he will address the winter session of the Parliamentary Assembly of the Council of Europe (PACE), and respond to the PACE deputies’ questions.

Shant Voskerchyan, a coordinator of 'Armenian Revival' Organization Branch in Paris told to the Armenian media they would take Sargsyan’s visit into consideration holding political meetings.

We have already sent letters in French and English to the organizations and officials whom Sargsyan will meet, says Voskerchyan.

“We are deeply concerned over the planned meetings.  Armenia could not get rid of the impact of former the Soviet Union and harshly violates human rights.

In addition, the number of political prisoners exceeds 100 in Armenia. Furthermore, Sargsyan was illegally elected a president and made changes to the constitution to stay in power.

Moreover, Sarsgyan is a liar and drug addict. He will be elected a Prime Minister in April and will help his acquaintance, who lives in London, to be elected a president of Armenia”, the letter reads.