ICT sector of Azerbaijan receives $2B for development 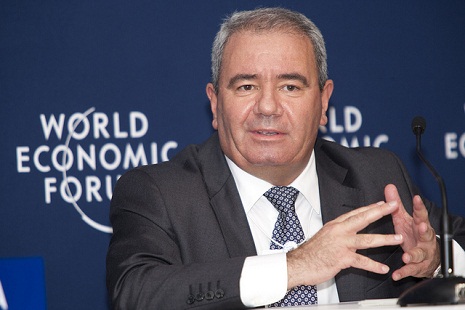 Azerbaijan has received $2 billion for five years in the sphere of information technologies of Azerbaijan, Minister of Communications and High Technologies Ali Abbasov said March 17 during the Azerbaijan investment summit "Non-oil sector - leading sector of the real economy."
He said that at present, many countries are trying to weaken the economy`s dependence on oil and gas sector and Azerbaijan is no exception.

“In this regard, the sphere of ICT can help reduce the economy`s dependence on the oil sector,” he said. “Azerbaijan is between the developing and developed countries in terms of development of information technologies.”

The minister said that one of the problems in this area is to provide 85 percent of the country with broadband internet by 2018, full automation of e-services, etc.

He also noted the importance of the development of the export potential of ICT.

In 2012, Azerbaijan exported goods from this area worth $41 million. An increase in exports of such products is needed to be provided, according to the minister.

In general, ICT development in the country takes place in three areas: knowledge, development conditions and capital, according to Abbasov.

Having noted the importance of training of highly specialized staff in this field, he added that several state programs are already being implemented in this direction.

“At the same time, it is important to create a good environment for business,” said Abbasov. “The corresponding work is being carried out for that, industrial parks are being created, etc.”

The minister also added that one of the barriers for ICT development in the country is that the Azerbaijani market is very small. From this perspective, he stressed the importance of development of export potential, as well as digital trade with neighboring countries.

Regarding the capital, Azerbaijan is working to facilitate companies` access to finances, according to Abbasov. As an example, he mentioned the State Fund for Development of Information Technologies.

At present, informatization in Azerbaijan is being rapidly carried out and affects many areas, according to the minister. But the main problem in this regard is to ensure full automation of services of state structures of the country by 2020 and the population’s ability to access them.

He also identified the need to develop high-tech industries in Azerbaijan.

Azerbaijani market is small, which is a deterrent factor for the arrival of foreign companies on the market. “For the development of market, the government supports local companies, as well as the implementation of regional projects that contribute to the expansion of the domestic market,” said the minister. “The presence of IT-service is definitely a very good result, and a lot of projects are being implemented in this direction. The matter rests in establishing regional DATA-centers, backhaul etc.”