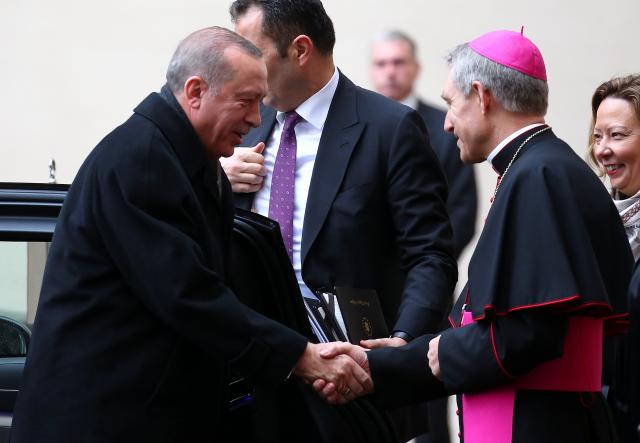 Turkish President Tayyip Erdogan met Pope Francis on Monday to discuss Jerusalem and the fallout from U.S. President Donald Trump’s decision to recognize the holy city as the capital of Israel.

Both have expressed concern at the move that many U.S. allies say could doom Middle East peace efforts.

Erdogan’s motorcade dropped him off in a deserted St. Peter’s Square after the streets that are usually bustling with tourists were closed due to security fears. The men are also expected to discuss Syria, Iraq, humanitarian aid and refugees.

The Vatican backs a two-state solution to the Palestinian-Israeli conflict, with both sides agreeing on the status of Jerusalem - home to sites holy to the Muslim, Jewish and Christian religions - as part of the peace process.

Palestinians want East Jerusalem as the capital of a future independent state, whereas Israel has declared the whole city to be its “united and eternal” capital.