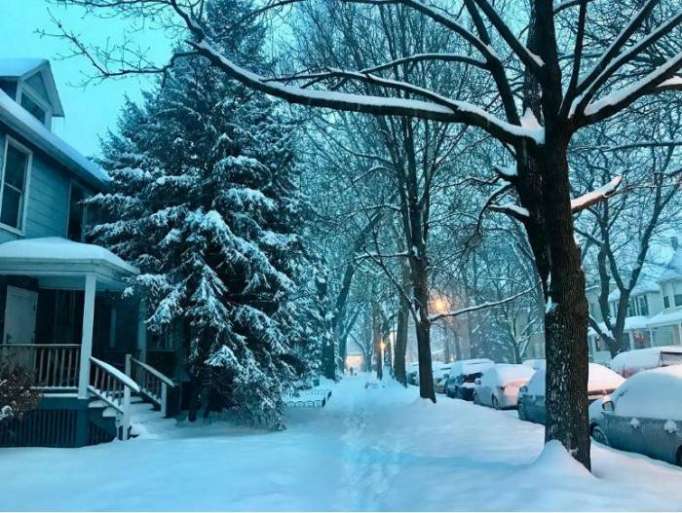 More than 1,500 US flights have been canceled Friday as a winter storm slammed the Midwest with at least 1 inch of snow per hour, CNN reported.

"We are getting more snow today, tomorrow and Sunday than we have normally gotten in the last two winters in any one period of time," Chicago Mayor Rahm Emanuel said in a Friday morning news conference, adding that the city's top priority is the safety of residents.

"Whether that's young kids, homeless, elderly, sick, commuters -- in every capacity we are responding and ensuring that people are able to handle this weather."

About 23 million Americans are under winter weather alerts as an arctic front pushes from Montana through the Midwest, CNN meteorologists said.

Chicago could get around a foot of snow -- 8 to 14 inches -- by late Friday, and between 2 to 4 inches through the weekend, forecasters said. Much of northern Illinois had seen between 8 and 12 inches of snow by Friday afternoon, CNN meteorologist Taylor Ward said.

The bulk of flight cancellations affected Chicago's O'Hare and Midway airports and Detroit Metropolitan Wayne County Airport, according to the tracking site FlightAware.com.
Kieran Sheridan, chief operating officer for the Chicago Department of Aviation, said in a Friday press conference that the city's airports were "well-prepared."

About 280 heavy snow equipment operators were working on the airfields at Midway and O'Hare, said Sheridan, who warned travelers to give themselves extra time when heading to the airport.