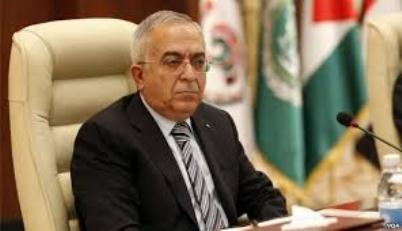 Palestinian Prime Minister Rami Hamdallah has submitted his resignation after just twelve days in the job.
A former university dean, Hamdallah was appointed by President Mahmoud Abbas and sworn in on June 6.

It is not clear whether Abbas has accepted the resignation. His office has not commented.

Hamdallah has faced criticism for his relative lack of political experience, compared to his predecessor Salam Fayyad.
Since taking up his post, Hamdallah has chaired only one cabinet meeting.

He also co-hosted Catherine Ashton, the EU’s High Representative for Foreign Affairs, during her visit to the Palestinian territories this week.

Ramdallah said he was hopeful that recent US efforts to revive the peace process would prove effective.