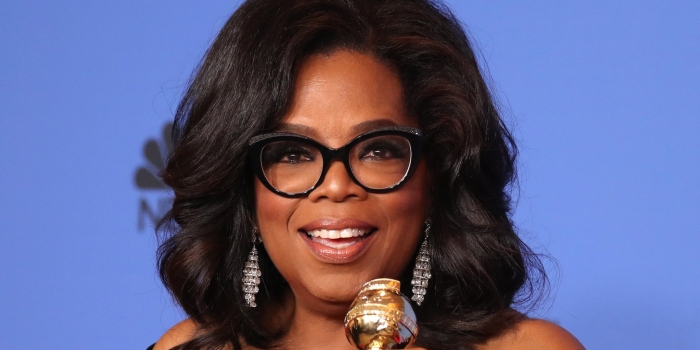 Saudi Arabia’s powerful crown prince is currently on a two-week-long coast to coast tour of the USA - and a leaked copy of his itinerary has shed light on the full extent of the heir to the throne’s American charm offensive, the Independent reported.

The US’ great and good from the worlds of politics, business, oil, entertainment and tech are queueing up to meet the immensely powerful 32-year-old Mohammad bin Salman, or MBS, as he is known, according to a 36-page document seen by The Independent.

But MBS’ trip appears to be aimed at forging a relationship with the American public too, as an upcoming meeting with media mogul Oprah Winfrey in Los Angeles suggests.

“Saudi Arabia has always had a public image problem in the west because of the obvious things like women’s rights and beheadings,” said Nader Hashemi, director of the Centre for Middle East Studies at the University of Denver's Josef Korbel School of International Studies.

“When you meet with Oprah, even if you’re not going to be interviewed, you’re seeking the approval of an opinion maker. You’re going into people’s homes and reaching deep into American culture.”

Global public relations firm Qorvis employed by the Saudi royal family, the Saudi embassy in Washington DC and a representative for Ms Winfrey did not comment on the document’s veracity.

MBS sat down with CBS’ Norah O'Donnell on '60 Minutes' last week, the first US televised interview with a Saudi leader in over a decade.

He used the opportunity to cement his reputation as a bold, young reformer bringing sorely needed economic and social change to his Kingdom, such as curbing the power of the notorious religious police and allowing women to drive.

“Saudi Arabia believes in many of the principles of human rights. In fact, we believe in the notion of human rights, but ultimately Saudi standards are not the same as American standards," he said.

“I don't want to say that we don't have shortcomings. We certainly do. But naturally, we are working to mend these shortcomings.”

After meeting with US President Donald Trump and his administration on his arrival in Washington DC on 19 March, MBS’ exhausting schedule took him to Boston. He is currently in New York and will travel on to Houston, Seattle, San Francisco and Los Angeles.

His itinerary is packed with America’s best, brightest and most influential.

Other notable media meetings include dinner with The New York Times’ Thomas Friedman, Rupert Murdoch, the head of The Atlantic’s editorial board Jeffrey Goldberg, meetings with the editorial boards of the New York Times, Washington Post, Wall Street Journal, Los Angeles Times and San Francisco Chronicle, as well as interviews with Time and Vanity Fair.

He is also meeting past luminaries such as Barack Obama, John Kerry, General David Petraeus and Condoleezza Rice, as well as paying a visit to George W Bush’s Texas ranch.

Other notable meets outside of politics include Bill Gates, Elon Musk, Peter Thiel, Tim Cook of Apple and the CEOs of Microsoft, Boeing, Amazon, Uber, the Walt Disney Company and Lockheed Martin.

“This is a very deliberate bipartisan outreach. It is also a reminder of the close relationship the US has with Saudi Arabia in general, and not just Donald Trump and Jared Kushner,” said Jane Kinninmont, a senior research fellow at Chatham House’s Middle East and North Africa Programme.

“Everyone’s interested in one-on-ones with this powerful and interesting man. But post the anti-corruption crackdown, investors are skittish. It takes a lot more to put your money where your mouth is.”

The Saudi government ordered the mass arrest and detention at Riyadh’s Ritz-Carlton of more than 300 princes and business leaders in November last year.  The move was touted as as a way to recover billions in lost revenue - but the heavy handed tactics and reports in the New York Times of detainee abuse spooked markets. The Saudi government said the accusations of abuse were “absolutely untrue”, but shares in several Saudi-owned enterprises plummeted and have only just begun to recover.

MBS certainly has a friend in Trump’s White House, which is believed to have lobbied for $35bn (£24.7bn) in deals for US companies last week and was happy to sign off on up to $200bn (£141bn) worth of investments, including large purchases of US military equipment.

Critics say the weaponry is destined for Saudi Arabia’s disastrous war in neighbouring Yemen: the Kingdom intervened against the country’s Iran-backed Houthi rebels on behalf of the exiled Yemeni government in 2015 on MBS’ watch as newly-promoted defence minister.

Despite the domestic reforms which make the Kingdom a more palatable partner for Western countries, the quagmire in Yemen remains a major public relations headache for the Saudis.

“Ultimately, this trip is to demonstrate he has international legitimacy and support. What this itinerary shows is the immense depth and intimacy of the US-Saudi relationship, going back decades,” Mr Hashemi said.

“Change in Saudi Arabia is still pretty cosmetic. But given that everyone in the US has rolled out the red carpet for him, the  crown prince really is the current darling of the west.”