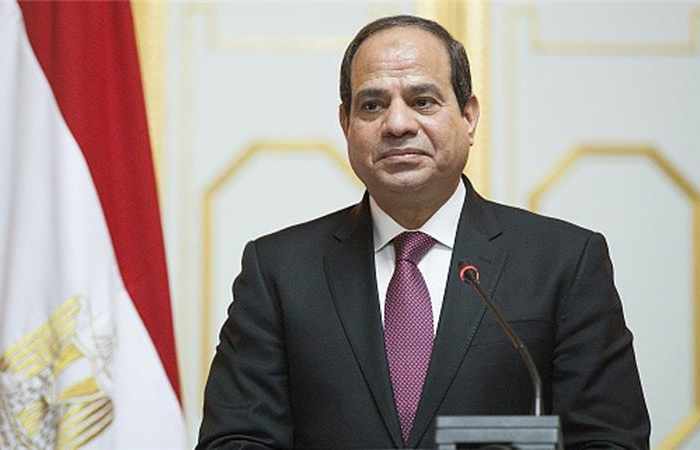 Egyptian President Abdel Fattah al-Sisi is on course for a landslide election victory although there was little sign he had achieved the high turnout he sought, according to early estimates after polls closed in a three-day election.

Some voters said they had received payments and other inducements to cast their ballots.

But with some private television stations reporting that he could achieve a vote share of 95 percent or more, Sisi issued a defiant statement expressing pride at the way Egyptians had conducted themselves during the election.

“The voice of the Egyptian masses will undoubtedly bear witness to the fact that our nation’s will imposes itself with a force that knows no weakness,” Sisi said on Twitter.

“The scenes of Egyptians at polling stations will remain a point of pride and honour for me and undoubted proof of the greatness of our nation that has offered the blood of its greatest sons so that we can together cross into the future.”

Hours before polls closed, the electoral commission issued a last-minute call for people to vote, hoping to boost the turnout figure that Sisi regards as vital to legitimising his victory.

Lasheen Ibrahim, head of the national election commission, told Egyptians: “Declare to the world that Egypt always makes history, for you are the Pharaohs, the makers of the civilization that amazed the world.”

Voting was extended by one hour, the state news agency MENA reported.

Sisi is running almost unchallenged after the other serious candidates were either arrested or intimidated, making turnout the main measure of his popularity with Egyptians who are widely expected to award him a second four-year term.

His only challenger is Moussa Mostafa Moussa, a Sisi supporter widely seen as a dummy candidate.

On the first two days of voting, turnout was about 21 percent, according to two sources monitoring the election.

No overall figure for Wednesday was immediately available. A Western diplomat said that late on Tuesday, turnout was between 15 and 20 percent, with around 30 percent in some centres on Wednesday.

In the city of Alexandria, an election observer said three polling stations had turnouts of 26.6, 32, and 33.75 percent by late Wednesday afternoon.

At the last election in 2014, turnout was 47 percent, although Sisi won 97 percent of the overall vote. Official results are due on April 2.

Sisi said he wanted more opponents to stand, and insisted he had nothing to do with opposition candidates pulling out. The election commission had pledged the vote would be free and fair.

In Cairo, some voters found it hard to voice enthusiasm.

Mostafa Abdel Kader, a 35-year-old delivery man, expressed anger at some Sisi loyalists distributing food to persuade people to cast their ballots, saying he would not vote “for a box of food”.

Hussain al-Sayed, a 53-year-old tailor, did vote, although without much enthusiasm. “Sisi will win anyway, there is no one else.”

An electoral worker sorts ballots to count votes after polls closed during the presidential election in Cairo, Egypt, March 28, 2018. REUTERS/Mohamed Abd El Ghany
Sisi, who led the military overthrow of freely-elected Islamist President Mohamed Mursi in 2013, has promised security and stability and to revive the economy after unrest that followed a 2011 popular uprising.

Some voters interviewed by Reuters over the first two days of polling said they had been offered money, boxes of food, and services to cast their ballots.

“I just went to vote so I can dip my finger in the paint and took the 50 pounds ($3),” a woman in Cairo’s working-class Ward estate said, declining to give her name.

Another group of women, who also declined to be named, said they had been promised bags of food containing rice and vegetable oil in exchange for votes.

The women did not say who exactly had given them money or bags of goods.

Managers at a government financial institution gave employees half of Monday off and ordered them to vote, one employee told Reuters. Employees at the institution were told to “not come back without ink on their fingers” and had their hands inspected the next day, the employee said.

Officials at the election commission and the government’s foreign press centre did not respond to calls and Whatsapp messages requesting comment.

The national election commission had said those who did not vote could be fined 500 Egyptian pounds ($28).

Some people needed no inducement to vote. Noha al-Nemr, in Cairo’s middle-class Mohandiseen district, said: “I voted for Sisi of course, because it’s enough that because of him, my family and I live in safety - even if there’s hardship.”