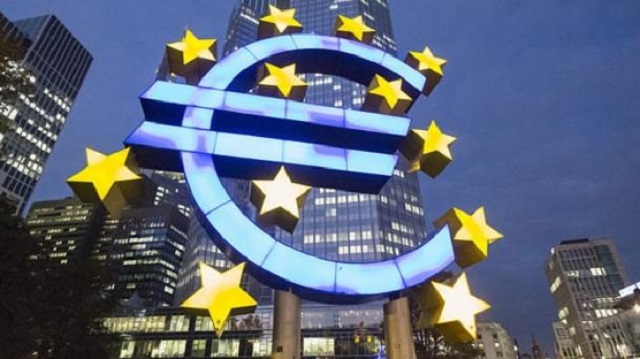 Euro zone inflation increased in line with expectations in March mainly due to more costly food and services, data showed on Wednesday, providing modest support to European Central Bank policymakers pushing to wind down its stimulus.

The European Union’s statistics office Eurostat estimated that inflation in the 19 countries sharing the euro was 1.4 percent year-on-year in March, up from 1.1 percent in February. The March figure was in line with market expectations.

Even if inflation remains short of the ECB’s target of near 2 percent, its policymakers are now debating whether to end the central bank’s 2.55 trillion euro asset purchase scheme.

Austria’s ECB Governing Council member Ewald Nowotny said last week that the ECB would probably decide this summer to slash its bond purchases if things develop as expected, warning that it must not fall “behind the curve”.

Non-processed food prices rose by 0.9 percent, compared with a 0.9 percent decline in February. Economists had expected an increase, reflecting a cold snap in March that drove up fresh fruit and vegetable prices.

An earlier Easter this year was likely to have pushed up prices of package holidays and accommodation in March. The services prices component of inflation was up 1.5 percent from a 1.3 percent increase in February.

Energy prices grew by 2.0 percent, slightly down from the 2.1 percent increase of February.

The core inflation measure, which strips out the volatile prices of energy and unprocessed food, rose to 1.3 percent year-on-year in March from 1.2 percent in February, pointing to a more permanent pick-up in inflationary pressure.

However, another core inflation measure that many market economists look at, which also excludes the prices of alcohol and tobacco, was stable at 1.0 percent for the third consecutive month.

Separately on Wednesday, Eurostat reported that unemployment in the euro zone had fallen to a new nine-year low of 8.5 percent in February, from 8.6 percent in January.