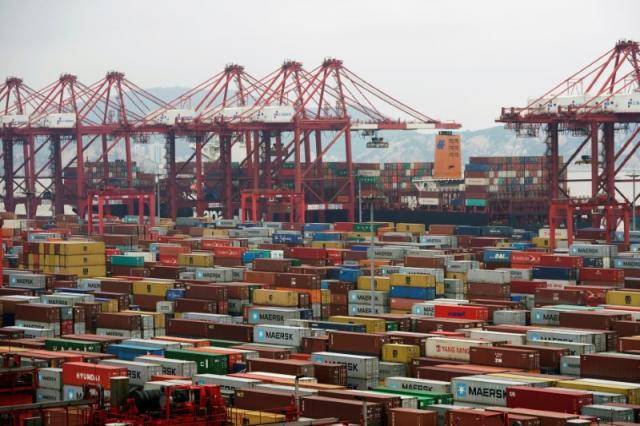 China and the United States will hold lower-level trade talks this month, the two governments said on Thursday, offering hope that they might resolve an escalating tariff war that threatens to engulf all trade between the world’s two largest economies.

A Chinese delegation led by Vice Minister of Commerce Wang Shouwen will meet U.S. representatives led by Treasury Under Secretary for International Affairs David Malpass, China’s Ministry of Commerce said in a statement on its website.

The Wall Street Journal reported that the talks in Washington would take place on Aug. 21 and 22, just before new U.S. tariffs on $16 billion of Chinese goods take effect, along with retaliatory tariffs from Beijing on an equal amount of U.S. goods.

While the engagement was seen by analysts and business officials as positive, they cautioned that the talks were unlikely to lead to a breakthrough, given they involve lower-level officials, led on the U.S. side by the Treasury Department, not the U.S. Trade Representative (USTR).

There also remains a wide gap between the two sides over Washington’s demands that Beijing improve market access and intellectual property protections for U.S. companies, cut industrial subsidies and slash a $375 billion trade deficit with China.

Kudlow, who heads the White House Economic Council, declined to comment on the specific goals of the Malpass-Wang talks.

“It is a good thing if they’re sending a delegation here. We haven’t had that in quite some time,” Kudlow told CNBC television.

“The Chinese government in its totality must not underestimate President (Donald) Trump’s toughness and willingness to continue this battle, to eliminate tariffs and non-tariff barriers and quotas, to stop the theft of intellectual property and to stop the forced transfer of technology,” Kudlow added.

News of the meeting boosted the Chinese yuan and helped cap losses in China’s stock markets.

It had little effect on U.S. stocks, which retreated on reports Trump had disclosed classified information to Russia's foreign minister about operations in Syria, after the S&P 500 .SPX and Nasdaq Composite .IXIC hit record intraday highs.

The world’s two largest economies have been locked in escalating rounds of tit-for-tat tariffs, with $34 billion in goods targeted by each country and another $16 billion slated to go into effect on Aug. 23. Trump has threatened to impose duties on virtually all of the more than $500 billion of Chinese goods exported to the United States.

The meeting would end a drought in talks since early June, when U.S. Commerce Secretary Wilbur Ross met Chinese Vice Premier Liu He in Beijing, but returned with no agreements.

U.S. Treasury officials declined to comment on the talks, referring Reuters to Kudlow’s remarks on CNBC.

In a White House cabinet meeting, Kudlow said the decline of the yuan currency in recent months showed that the United States had an upper hand in the trade war.

“There may be some manipulation but mostly I think investors are moving out of China because they don’t like the economy, and they are coming to the USA because they like our economy... Their economy looks terrible,” he said.

The upcoming meeting will be held at a lower level compared with four earlier rounds of talks.

Having made little progress in the previous meetings, the White House said on Aug. 3 that the United States was open to further talks with China on resolving the festering trade dispute.

Four U.S. and Chinese sources in the business community said they had low expectations for the discussions, particularly if officials from USTR were not involved. The invitation for the talks may have been intended to steady markets, they said.

After negotiations in Washington in May, Beijing believed it had assurances from the U.S. that tariffs were off the table, with Mnuchin saying the trade war and tariffs were “on hold.”

But less than 10 days later, the White House said it would push forward on planned tariffs on $50 billion of Chinese imports and curbs on investments by Chinese companies in the United States.

“This looks like it will be a waste of time for the two govts (esp China’s)...Who thinks US Treasury Dept is empowered to make THE deal to end the trade war?”, Scott Kennedy, deputy director of the Freeman Chair in China Studies at the Center for Strategic and International Studies in Washington, wrote in a post on Twitter.