Obama to come off bench for Democrats in battle for Congress 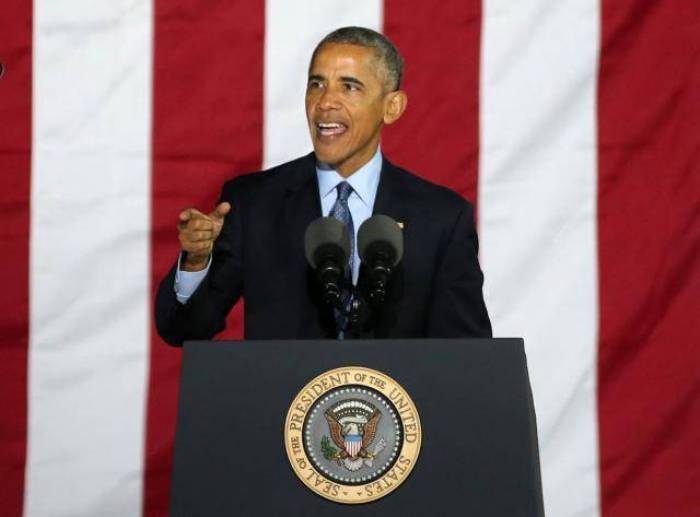 Former U.S. President Barack Obama plans to come off the sidelines to campaign for Democratic candidates across the country this fall, injecting himself into a contentious election season in which control of Congress is at stake.

On Saturday, the two-term president will stump in southern California on behalf of seven candidates for the U.S. House of Representatives, his office said. That state is critical to Democrats’ hopes to capture 23 seats and take control of the House in November’s congressional elections.

Those seven are running in districts currently held by Republican incumbents but won by Democratic presidential candidate Hillary Clinton in 2016. Clinton, who hoped to succeed Obama in the White House, lost to Republican Donald Trump.

“Now that he is out of office, Obama could provide some Democratic candidates a boost in parts of the country - primarily in states and districts where he was successful as a candidate himself,” said Ford O’Connell, a Republican political strategist.

During his presidency, Obama was criticized for heavy Democratic congressional losses under his watch. Republicans took control of the House in 2010 and then seized the Senate in 2014.

Obama’s schedule this fall also includes stops in Ohio, Pennsylvania and Illinois, his office said, all states he carried in his 2008 and 2012 victories.

As has been tradition for former presidents, Obama has largely tried to stay out of the political fray during Trump’s tumultuous first term as president, and his upcoming schedule will mark his most high-profile and aggressive effort yet to push back at the current occupant of the Oval Office.

Democratic turnout, which tends to lag in non-presidential election years, will be a focus of Obama’s campaign efforts, his office said. This year, Democratic enthusiasm has surged in response to Trump and his policies.

Trump, who has been critical of Obama’s tenure in office, has himself been campaigning heavily for Republican Senate and House candidates. On Thursday, Trump will travel to Montana and then to North Dakota on Friday.

The president has warned that the loss of either the House or the Senate to Democratic control would derail much of his agenda and perhaps spark impeachment proceedings depending on the findings of Special Counsel Robert Mueller, who is investigating alleged ties between Trump’s presidential campaign and Russian influence in the 2016 election.

Before his California appearance, Obama will deliver an address on Friday at the University of Illinois in Urbana, Illinois that will serve as a preview of his campaign message.

Obama “will make a pointed case in his speech on Friday, and on the trail this fall, that this moment in our country is too perilous for Democratic voters to sit it out,” said Katie Hill, a spokeswoman for Obama.

Obama also will “echo his call to reject the rising strain of authoritarian politics and policies,” Hill said.

He will then campaign next week in Cleveland, Ohio on behalf of Richard Cordray, the Democratic candidate for Ohio governor and a former Obama administration official.

Later this month, Obama will stump in Illinois and Pennsylvania and will headline a fundraiser in New York City for the National Democratic Redistricting Committee, his office said.

Obama left office enjoying some of the strongest approval ratings of his tenure, and his post-presidential ratings have also been strong. Since he left office, Obama has stressed the need for Democrats to win at the state level to have more influence when congressional districts are redrawn after the 2020 census.

Obama has already endorsed more than 80 Democratic candidates, and his office said more would be coming.

His reemergence into the political fray comes as his vice president, Joe Biden, has stoked speculation that he will be a candidate to run against Trump in the 2020 presidential race.