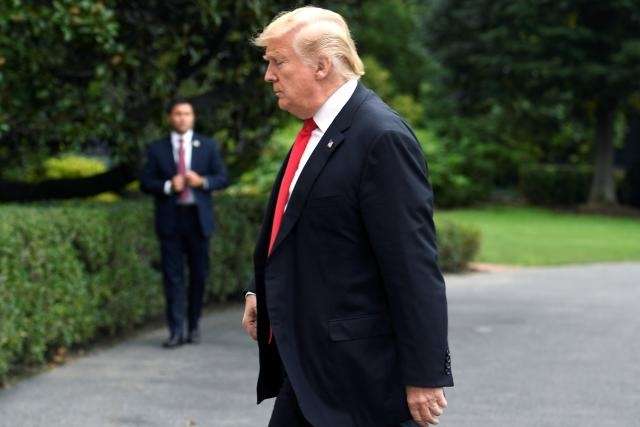 A federal court on Friday refused to immediately dismiss a lawsuit accusing President Donald Trump of violating a constitutional anti-corruption provision by accepting foreign payments through his hotels and businesses without the permission of the U.S. Congress.

U.S. District Judge Emmet Sullivan in Washington said in a 58-page ruling that lawmakers who brought the suit had legal standing to sue the president for allegedly flouting the U.S. Constitution’s “emoluments” clause, which prevents federal officeholders from accepting presents and other benefits from foreign governments without the “consent” of Congress.

The lawsuit, filed in June 2017, is the third constitutional challenge to Trump’s business interests while in office, but it is notable because the plaintiffs are themselves members of Congress.

The 198 members of Congress involved in the suit are all Democrats but also include Senator Bernie Sanders, an independent who ran for the Democratic presidential nomination in 2016.

U.S. District Judge Peter Messitte in Greenbelt, Maryland, has allowed a similar lawsuit to move forward, but in December 2017 a judge in Manhattan threw out yet another case, which is now on appeal.

The constitutional provision at issue is designed to prevent corruption and foreign influence. Sullivan said in his ruling that the provision gives each member of Congress the right to vote before the president accepts a prohibited foreign emolument.

“By recognizing that members of congress have standing to sue, the court proved to all in America today that no one is above the law, not even the president,” said Elizabeth Wydra, president of the Constitutional Accountability Center, a Washington-based liberal legal organization representing the lawmakers.

Department of Justice spokeswoman Kelly Laco said the government “will continue to defend the president in court.”

Trump, a wealthy real estate developer who as president regularly visits his own hotels, resorts and golf clubs, maintains ownership of his businesses but has ceded day-to-day control to his sons. Critics have said that is not a sufficient safeguard.

Though Sullivan said the legislators are entitled to sue, he has yet to rule on whether the profits Trump earns from foreign governments are actually prohibited.

Trump’s attorneys say the president does not need approval for any foreign patronage of his private businesses while the lawmakers say the emoluments clause applies to all foreign compensation, including for services rendered in a private capacity.