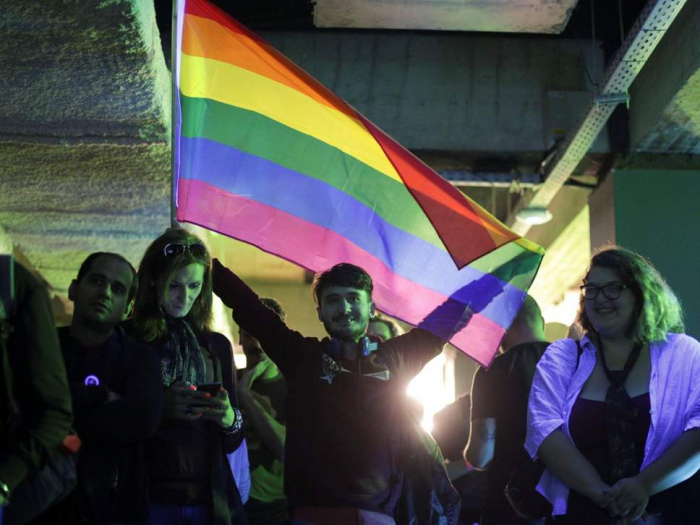 A referendum to change Romania’s constitution to stop same-sex couples from securing the right to marry has failed after it did not attract enough voters to validate the result.

The two-day vote aimed to change the constitution to define marriage strictly as between a man and a woman.

Data from the national election bureau showed voter turnout stood at 20.4 per cent when the polls closed, below the 30 per cent required for it to be valid.

Civil society group Coalition for the Family secured 3 million signatures to trigger the vote aimed at preventing gay couples winning the right to marry in the future.

The Coalition received backing from the Orthodox Church and other religions as well as all but one parliamentary party.

“Romanians rejected being divided and hating each other, it is a victory for Romanian democracy and moreover, Romanians rejected the involvement of the Orthodox Church in the state’s secular affairs,” said Vlad Viski of LGBT rights group MozaiQ.

“We believe politicians must now legalise civil partnerships for same-sex couples,” he said at a party to celebrate the outcome.

The group has encouraged people to boycott the ballot, with several companies and popular musicians and artists following. A library chain even offered a book discount over the weekend for those who wanted to stay in and read rather than vote.

Days before the vote, the government relaxed anti-fraud monitoring and limited options for challenging the result.

Romania ranks 25th out of 28 EU states based on legislation, hate speech and discrimination against LGBT people, an annual study by ILGA-Europe, an umbrella organisation advocating equality, showed.