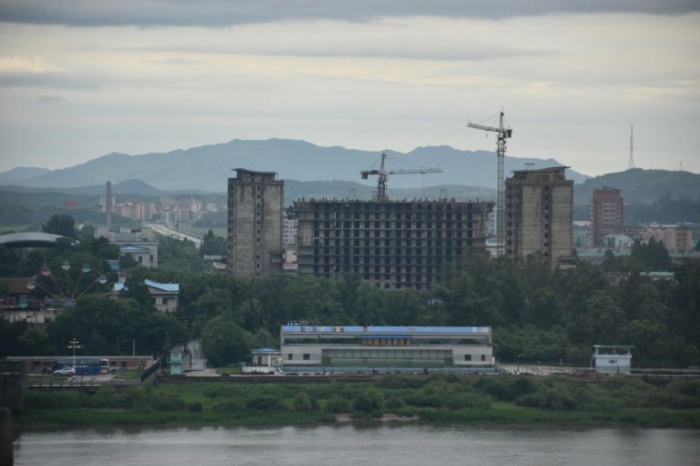 China and Russia have backed easing sanctions on Pyongyang "at an appropriate time", as South Korea's foreign minister said Seoul was mulling over lifting its own measures, threatening cracks in global restrictions on the nuclear-armed North.

Pyongyang is sanctioned under multiple UN Security Council resolutions over its weapons programmes and has repeatedly called for the measures to be loosened, citing a freeze in its nuclear and missile tests.

At three-way talks in Moscow, vice-foreign ministers from North Korea, China and Russia agreed "it is necessary to consider adjusting sanctions on the DPRK by the UN Security Council at an appropriate time", Beijing's Foreign Ministry said in a statement late on Wednesday (Oct 10), using the North's official name.

China is the North's main diplomatic backer and Pyongyang also has friendly relations with Russia.

In contrast, the United States, which spearheaded global efforts to squeeze the North Korean economy last year, has been adamant that the sanctions remain in place until Pyongyang's "final, fully verified denuclearisation".

US ally Seoul has also mooted relaxing its own unilateral measures against Pyongyang.

The South's dovish President Moon Jae-in favours engagement with the North and has dangled large investment and joint cross-border projects as incentives for steps towards denuclearisation.

South Korea suspended most trade with the North in 2010 following a North Korean torpedo attack on a South Korean warship that killed 46 sailors on board. Pyongyang has denied involvement.

Kang later backtracked, saying she had misspoken, and her ministry said no active review was in place.

South Korea's Unification Minister Cho Myoung-gyon added on Thursday that there has been "no detailed review" on lifting sanctions but said Seoul has taken measures for cross-border cooperation "in a flexible manner".

President Moon has vowed to honour the UN sanctions, but Seoul opened a joint liaison office in the North Korean border city of Kaesong last month and has promised to pursue roads and rail projects between the two countries.

The Korea JoongAng Daily said in an editorial it was "dumbfounded" by Kang's comments.

The conservative Chosun Ilbo newspaper added: "What brought the North to the negotiating table for denuclearisation was the unprecedented tough sanctions.

"By lifting sanctions now, is the South Korean government saying it will dismantle North Korea's nuclear weapons or help it keep them?"

Last month, the North's foreign minister told the United Nations there was "no way" his country would disarm first as long as sanctions remain in place.