What tiny Bhutan can teach the world about being carbon negative 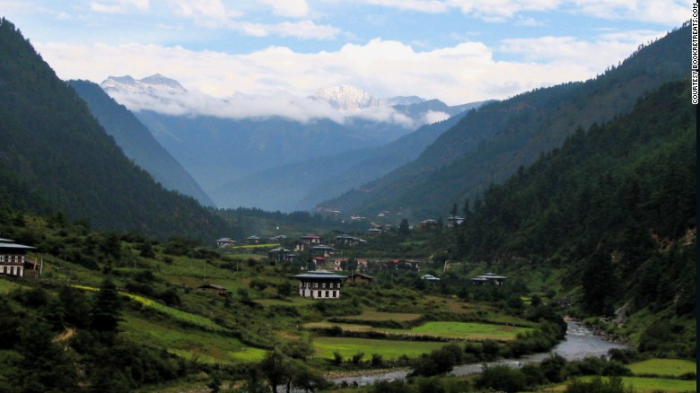 High up in the Eastern Himalayas is one of the greenest countries in the world. While many nations are struggling to reduce their carbon emissions, the Kingdom of Bhutan is already carbon negative: it takes more greenhouse gasses from the atmosphere than it emits.

Sandwiched between China and India, Bhutan spans approximately 14,800 square miles -- roughly the size of Maryland. Its vast woodlands cover approximately 70% of the country and act as a natural carbon sink, absorbing carbon dioxide.

As a result, according to its own figures, this nation of around 750,000 people removes nearly three times as much CO2 as it produces.

Bhutan's ability to be a net carbon sink is partly down to its natural forests and the fact that it is relatively undeveloped -- most people work in agriculture or forestry -- which means it emits less than 2.5 million tons of CO2 each year. Luxembourg, for example, with a smaller population, emits four times as much. 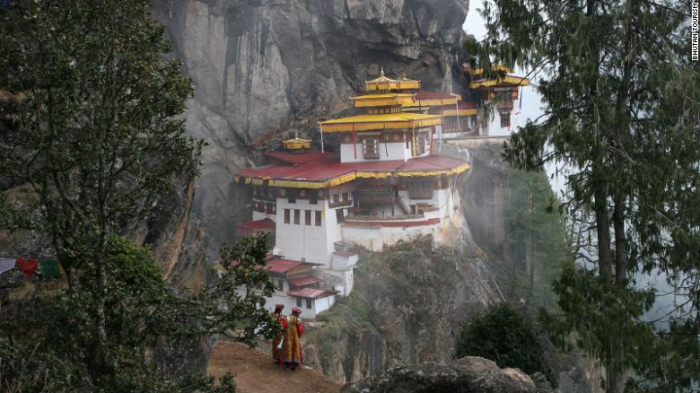 Bhutan is renowned for its rich Buddhist culture.

There are other carbon negative countries in the world, and they are also heavily forested and undeveloped. But in Bhutan, there are other factors at play.

For the past 46 years the Bhutanese government has opted to measure progress not through its Gross Domestic Product, but through "Gross National Happiness," which places great emphasis on the protection of the country's rich natural environment.

"Bhutan is the only country in the world that by its own constitution protects its forests," explains Juergen Nagler, of the UN Development Program in Bhutan.

Environmental protection is enshrined in the constitution, which states that a minimum of 60% of Bhutan's total land should be maintained under forest cover for all time. The country even banned logging exports in 1999.

What's more, almost all the country's electricity comes from hydropower. 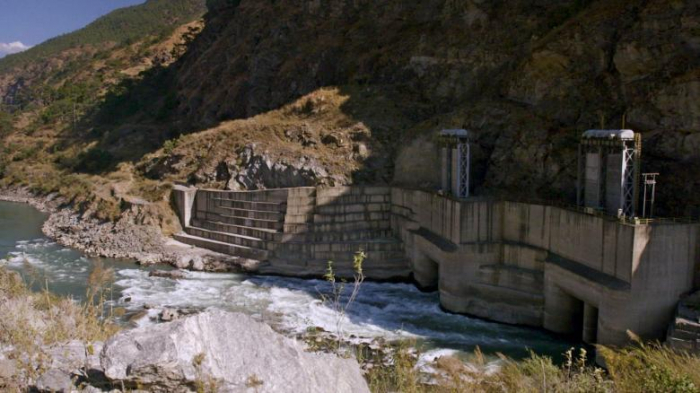 At the COP15 climate summit in Copenhagen in 2009, and ahead of the 2015 COP21 summit in Paris, Bhutan pledged its greenhouse gas emissions would not exceed the carbon sequestered by its forests.

Although projections show its emissions could almost double by 2040, the country will remain carbon negative if it maintains current levels of forest cover.

Nagler says that remaining carbon negative is of utmost importance to the Bhutanese as they have a "very high environmental awareness'" and "appreciate harmony with the natural environment."

He explains that Bhutan is on a "green and low-carbon development pathway" with government initiatives to make the country's agriculture 100% organic by 2020 and waste-free by 2030.

Bhutan even limits the number of visitors entering the country with a daily fee of $250 per person to ensure the environment is not spoiled by mass tourism. 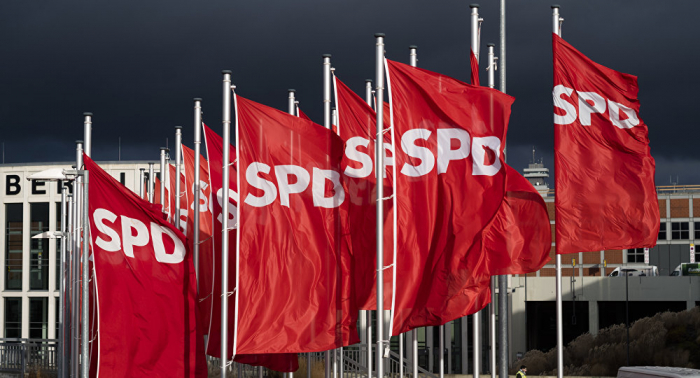 A monastery on a hilltop in the Haa valley, Bhutan. The valley was off-limits to tourists until 2002.

But although the country is helping in the fight against the climate change, it is keenly vulnerable to its effects. Bhutan reports that its forests are being impacted by frequent rain and floods, which are causing landslides, and in the future, its hydropower sector could be badly disrupted by melting glaciers in the Himalayas.

"Bhutan has a vested interest in trying to slow down climate change," explains Matt Finch, an analyst at the UK-based Energy & Climate Intelligence Unit.
He believes other countries can learn from Bhutan's decision to put climate change first.

Finch tells CNN: "Bhutan (could have said) 'we want to be more connected to our neighbors, we want more industrialization, we want more economic development ... but they didn't.

"Leadership is all about deciding what to do and doing it, and the leadership of Bhutan have decided they're going to remain carbon negative ... and they're sticking to their guns."

Nagler agrees the country can act as an example to others. "Climate change is human made - we caused the problems, we can also create the solutions," he says. "And the solutions are there if we can muster the willingness. In Bhutan the willingness comes from its wisdom and enlightened leadership."