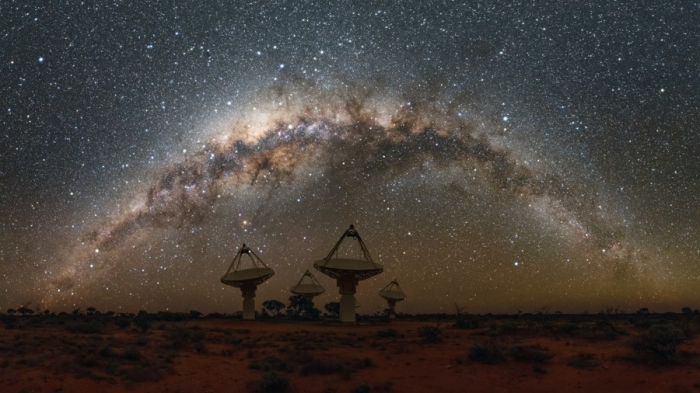 The detection of incredibly powerful signals from deep in space has increased dramatically and the mysterious radio waves are now closer and brighter than ever before.

The phenomena, known as ‘fast radio bursts’, have puzzled scientists since their discovery more than a decade ago and now Australian researchers have announced, in a study published in Nature, that the number of bursts they have detected in just one year has nearly doubled the number of these signals ever observed.

“Using the new technology of the Australia Square Kilometre Array Pathfinder (ASKAP), we’ve also proved that fast radio bursts are coming from the other side of the Universe rather than from our own galactic neighborhood.”

The perplexing blasts can emit as much power as 500 million suns but they last only a few milliseconds and arrive without any warning, making them impossible to predict or trace. The latest detections are the closest and brightest bursts on record.

The signals travel for billions of years to reach Earth and occasionally pass through clouds of gas. When this happens the various wavelengths that make up the burst are slowed at different rates.

“Eventually, the burst reaches Earth with its spread of wavelengths arriving at the telescope at slightly different times, like swimmers at a finish line,” Co-author, Dr Jean-Pierre Macquart, explained.

“Timing the arrival of the different wavelengths tells us how much material the burst has travelled through on its journey. And because we’ve shown that fast radio bursts come from far away, we can use them to detect all the missing matter located in the space between galaxies--which is a really exciting discovery.”

So, what’s causing the signals?

A widely accepted explanation for the fascinating signals has not yet been arrived upon. Due to their remarkable brightness, some experts believe they must be created by enormously powerful events.

The leading theory suggests that they are caused by cataclysmic episodes like colliding black holes or neutron stars.

However, others have offered more outlandish explanations. One Harvard study from last year even went as far as proposing that the bursts might be powering ‘solar sails’ on a colossal alien spacecraft.