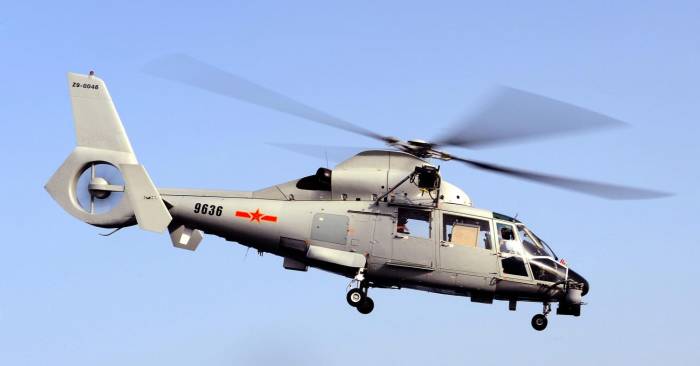 Helicopters are an essential part of China’s expeditionary forces. If Beijing hopes to achieve first-tier amphibious capabilities, then it not only needs to be able to insert troops and equipment by air but also protect them as they penetrate hostile territory. To do this, China needs reliable helicopters.

In the past, Chinese helicopters have suffered from reliability issues. The Bolivian Army found that their newly ordered Chinese H425s had defective parts. In Kenya, there were also rumors of defective Chinese helicopters. In Cambodia, a Z-9 crashed, killing two of their generals. Even if the official reports blame pilot error, the seeds of doubt remain.

China is more than aware of the negative connotations the “Made in China” label has on its military equipment. In what can be seen as a case of self-awareness, China Military Online, the official English version of the Chinese military news site, highlighted that due to inferior material and precision technology, Chinese helicopters designed before the 1980s were in large part less reliable than their western counterparts. China’s cloning strategy and corruption also left their aeronautical industry lagging behind.

But it isn’t the 1980s anymore, and advancements have been made towards more competitive platforms. After more than a decade of technology theft and patent violations, but also economic reforms in the Chinese aviation sector, it was only a matter of time until China started forming its own technological base. As China develops and better understands its technology, the more reliable its systems are expected to become. Efforts in fighting corruption have also helped minimize imperfect aircraft development. With more reliable aircraft, Chinese exports will take on a whole new dimension.

Today, China has made a name for itself as an alternative weapon supplier to Russia and the United States. By not asking too many questions about human rights, as well as maintaining its reputation as a cheaper alternative, China has been able to carve out a relatively small but growing market segment for itself. There is, however, only so far one can go with this strategy, and as China eyes up other potential markets, it is actively trying to reinvent the “Made in China” label.

Earlier this month, Chinese Xinhua news agency reported that the Chinese AVIC Z-19E attack helicopter is ready for series production. Designed for export, it was emphasized that it “has undergone professional scrutiny regarding tests and passed verifications, demonstrating the model is capable of entering the production phase.” AVIC further highlighted that it has “undergone a comprehensive test for the adaptation of the model as a whole and for its fire control system, subsequently passing test verification and flight performance.” The emphasis AVIC placed on the helicopter passing these tests reflects China’s efforts to distance itself from the negative connotations of the “Made in China” label.

There is another factor at play which is pushing China to develop more reliable platforms: it has been ordered to be combat ready. The Asia-Pacific region has been referred to as a powder keg with powerful nations butting heads over maritime sovereignty. Most alarming, however, could be China’s doubling down of its aim to reunite with Taiwan. If China hopes to conquer Taiwan, it would need a competent amphibious force, and for this it needs capable and reliable helicopters.

China still has a way to go in its technology development, but if trends continue, “Made in China” could become a mark of quality for military hardware.

Read the original article on the National Interest.