French ex-minister goes on trial for rape and sexual assault 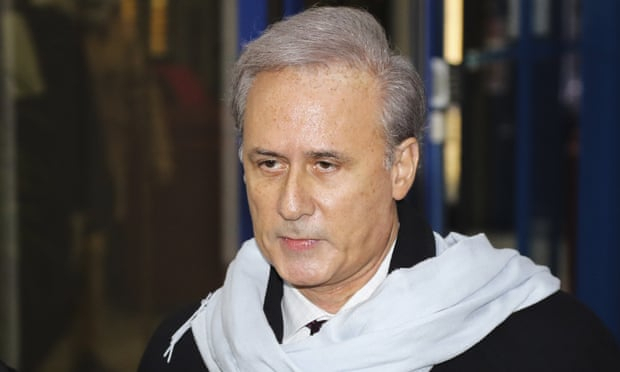 The former French minister Georges Tron is to go on trial accused of raping and sexually assaulting female staff at the town hall in Draveil, south of Paris, where he is mayor.

Two former town hall employees allege Tron made them submit to foot massages that turned into rape and sexual assault.

Tron, who denies all the allegations, was forced to resign from his junior cabinet post under Nicolas Sarkozy in 2011. The high-profile case became a symbol of women daring to speak out against powerful politicians in France.

The women made complaints against Tron days after the French former International Monetary Fund head Dominique Strauss-Kahn was arrested over the alleged attempted rape of a New York hotel worker in May 2011. They said the allegations against Strauss-Kahn had emboldened them to speak out.

Tron and his town hall culture head, Brigitte Gruel, who is accused of aiding and taking part in the attacks, face up to 20 years in prison if convicted. Both deny the attacks. Tron, a rightwinger, claims the case against him is a plot by far-right political opponents.

Although Tron lost his cabinet seat, he ran again for mayor of Draveil and was re-elected, despite the accusations against him.

When the women first went to police, one alleged how Tron boasted of his experience in reflexology to launch attacks that would begin with him grabbing women’s feet.

The woman said he would say “close your eyes, be quiet” before touching her foot, putting her big toe in his mouth and sexually assaulting her. She said he would grab her feet under the table at meetings.

“As he couldn’t bear naked feet, he always carried an opaque stocking in his jacket pocket,” she told L’Obs magazine. She said she became depressed and started drinking due to the alleged assault and became “a vegetable”.

One woman said she had been afraid of losing her contract at the town hall because she had to support her son financially. A recruitment worker at the town hall later described being asked by the mayor to employ female staff on the basis of their looks and need for a job – “to recruit pretty women in financial difficulty”.

Tron’s alleged attacks were described as a kind of “ritual” that the women were trapped into, afraid to react. Both had suffered depression and had tried to kill themselves.

Tron was known as the “Chinese masseur” among MPs at the French parliament and had in the past described himself as a qualified reflexologist.

A first trial last year was cut short and rescheduled after complaints that the outcry over sexual assault in the wake of the case of the Hollywood producer Harvey Weinstein made proceedings difficult, as well as a TV documentary about Tron’s case that was broadcast during the trial.

The new trial, which opens on Tuesday, is expected to last four weeks.