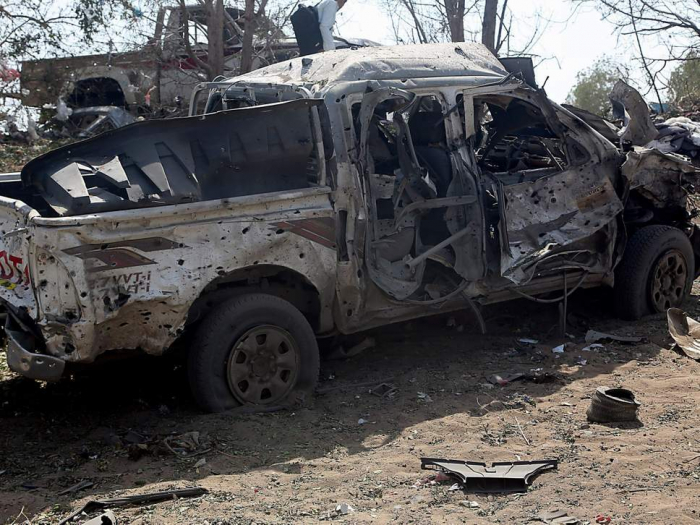 An airstrike by the Saudi-led coalition fighting in Yemen killed 19 civilians on Wednesday, including two children, according to medical workers.

The strike hit a busy vegetable market in the town of Bayt el-Faqih, south of the port city of Hodeida, which coalition forces have been battling to capture from Houthi rebels since June.

Abdullah Shahawi, the director of the hospital that received casualties, told the Associated Press that all the victims were civilians.

News of the strike came as a number of UK rights groups announced a new legal challenge over the British government’s arms sales to Saudi Arabia.

The Saudi-led coalition intervened in Yemen three years ago after Houthi rebels took over much of the country and forced out the internationally recognised government of President Abdu-Rabbu Mansour Hadi.

During that time at least 6,660 civilians have been killed, according to the United Nations, most of whom were victims of coalition airstrikes. The Houthis have also targeted civilians throughout the conflict, the UN says.

Coalition jets, backed by US logistical support and using weapons made in the US and the UK, have repeatedly hit targets where no militants were present.

In August, a strike by a coalition warplane destroyed a school bus, killing 40 boys under the age of 11. A subsequent investigation by CNN found the bomb was made by US weapons manufacturer Lockheed Martin. In 2016, a similar bomb was used in a coalition strike that killed 155 people at a funeral hall in Sanaa. The coalition blamed “incorrect information” for the attack.

The coalition has admitted to causing civilian casualties in the past, but attributes the deaths to “unintentional mistakes”, and says it is committed to upholding international law.

Aid workers say the air campaign has exacerbated the world’s worst man-made humanitarian disaster, and warned that Yemen is facing potentially its worst famine in 100 years if the conflict continues.

The ongoing battle for the port city of Hodeida has significantly worsened the country’s food crisis. The port is a vital gateway for vital food supplies and relief for millions living in the Houthi-controlled north.

The UN’s humanitarian coordinator, Mark Lowcock, said this week that half of Yemen’s population – some 14 million people – are now facing “pre-famine conditions”.

“The toll is unbearably high. The immune systems of millions of people on survival support for years on end are now are literally collapsing, making them – especially children and the elderly – more likely to succumb to malnutrition, cholera and other diseases,” he said.

Western backers of the Saudi-led campaign have come under increasing pressure to end arms sales to the country in recent weeks amid a growing scandal over the killing of journalist Jamal Khashoggi at the Saudi consulate in Istanbul.

Saudi Arabia’s powerful Crown Prince Mohammed bin Salman – who has been the driving force behind his country’s intervention in Yemen – has faced international condemnation after it was revealed that members of his security detail were among the suspects in the killing.

Both the US and UK – the two top suppliers of weapons to Saudi Arabia – have cast doubt on the official version of events and said they plan to revoke the visas of the suspects in the killing, but they have also been reluctant to consider stopping arms sales.

The case is seeking to test the legality of the government’s decision to issue licences for arms exports to Saudi Arabia despite the risk of the weapons being misused in the conflict in Yemen.

“We strongly believe the UK’s sale of arms to Saudi Arabia is in clear breach of both the UK’s own law and international law,” said Rachel Logan, Amnesty International UK’s legal programme director.

“Extensive and credible reports, including our own research on the ground in Yemen, have demonstrated that such weapons have been used to commit serious violations, including war crimes – against civilians in Yemen, and that, in light of the clear risk, authorising further exports would be counter to the UK’s obligations under international law.”