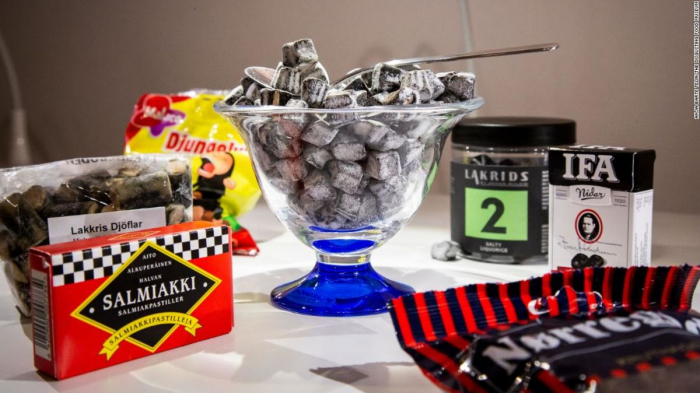 That was one of the major ideas behind the new Disgusting Food Museum, which opens today in Malmo, Sweden.

The museum's founder, Dr. Samuel West, is a psychologist by day and a museum curator by night. His first project, the Museum of Failure, defied its name and proved to be a big hit.

But it was an article about meat consumption and its effect on the environment that inspired West to learn more about alternative sources of protein, and then to turn his newfound interest into a project.

"If you ask people if they want to eat bugs, they say 'that's gross,'" Hunt says. "That's the obstacle. But maybe I can make them reconsider."

The end result? A 400-square-meter olfactory experience, where visitors can smell, touch and taste different foods that have been considered "disgusting" around the world, from foie gras to fermented shark.

"What we find disgusting has to be learned -- it's purely cultural," says West.

To prove the point, American favorites such as root beer and Jell-O salad sit in the museum alongside fried tarantula and cooked guinea pigs. "If you give root beer to a Swede they will spit it out and say it tastes like toothpaste, but I think it's delicious," he notes.

Disgusting Food Museum: A new museum opening in the southern Swedish city of Malmö is aiming to analyze why people love and hate certain foods. Like this bull penis, pictured.

After three months, he plans to take the show on the road and bring the museum to other cities.

"We strongly identify culturally with the food we eat," Hunt explains. "Part of travel is trying new food, and there's a greater interest in trying new things."

While many food-related "museums" of late have mostly just been opportunities for novel selfies, West is adamant that the Disgusting Food Museum is there to help people learn and think critically, not just to pose for photos.

The downside? Besides the potential of people getting sick, there's also a restaurant next door that doesn't want the museum's more unusual exhibits leaking over into their space.

"One of my worries that it will start stinking in here," West says.

But, in the meantime, he hopes to open some minds -- one bite of durian or bull penis at a time.