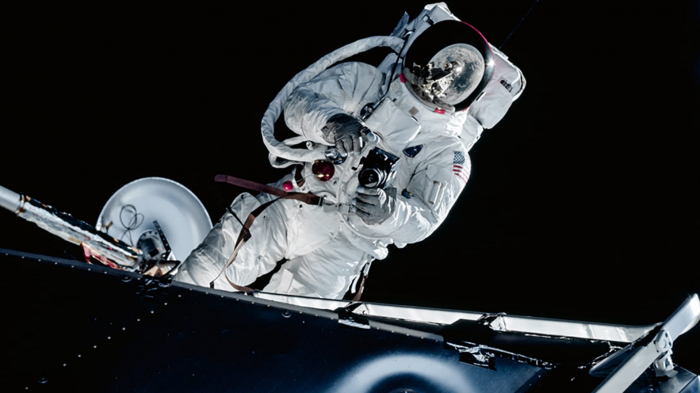 NASA's Apollo program made history from the launch of its very first manned spacecraft on Oct. 11, 1968. And now, almost 50 years later, "Apollo VII-XVII," a new book from teNeues, relives the drama of the program's 11 missions.

It includes a special foreword by Apollo 7 astronaut Walter Cunningham, and breathtaking photos taken by Apollo astronauts, many of which were previously unpublished.

These important photos -- such as "Earthrise," taken from lunar orbit by astronaut Bill Anders, and an image capturing the world's 13 tallest peaks in a single frame -- not only presented us with different ways of seeing the world and advanced our scientific understanding, but also provided new insights into a new world of photography.

Early astronauts of the Apollo missions are often hailed as explorers, scientists and heroes, but rarely are they depicted as some of the most noteworthy photographers in history. The rigorous training program they undertook included photography, according to Cunningham.

"Photography is but one area of activity that has shown amazing improvements as space exploration has evolved over the past 50 years," he writes in the book. "We trained with the Hasselblad camera for two years prior to our first Apollo launch."

To ensure the astronauts were comfortable with using modified space cameras and sharpen their photographic eye, NASA encouraged them to take the equipment on personal trips. The agency also offered tutorials in locations like Nevada and Arizona, where the geological conditions were similar to the lunar surface.

NASA's emphasis on space photography grew as the Apollo missions progressed. Astronauts were tasked with documenting topographic and geological data, as well as the condition of their spacecraft. But space missions required different types of cameras and lenses.

It was astronaut Walter Schirra, an amateur photographer and one of the pilots of Project Mercury (NASA's first manned space program) who suggested that his own Hasselblad 500C camera seemed to meet NASA's requirements. His modified device brought back stunning images from his 1962 mission and led to a collaboration between NASA and Hasselblad that continued for decades.

Difficult conditions, such as operating in low-gravity conditions in bulky space suits, often interfered with astronauts' abilities to take photos. Clouds could also make photography challenging, as they usually cover around 55% of the Earth's surface. 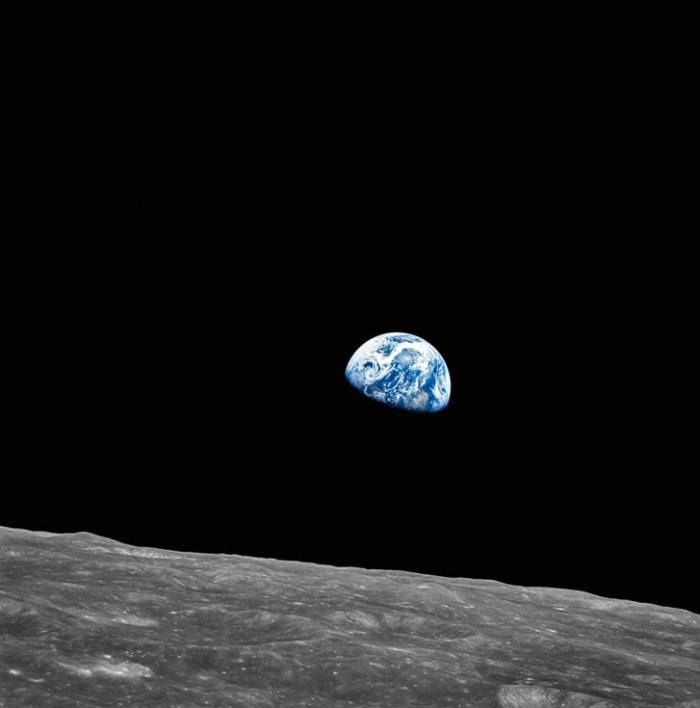 Photo of Earth taken during the Apollo 8 mission. Credit: Courtesy of The National Aeronautics and Space Administration (NASA) photographic archives

And as Cunningham circled the Earth once every 90 minutes Apollo 7, the spacecraft moved from night to day every 45 minutes, leaving limited windows for taking photographs.

"There was one more management constraint for our mission that we followed perfectly," Cunningham recalls. "'Take no pictures of China.' That was an easy rule to follow. In 11 days and many passes over China, we never saw the surface because of the cloud cover and smog in their atmosphere."