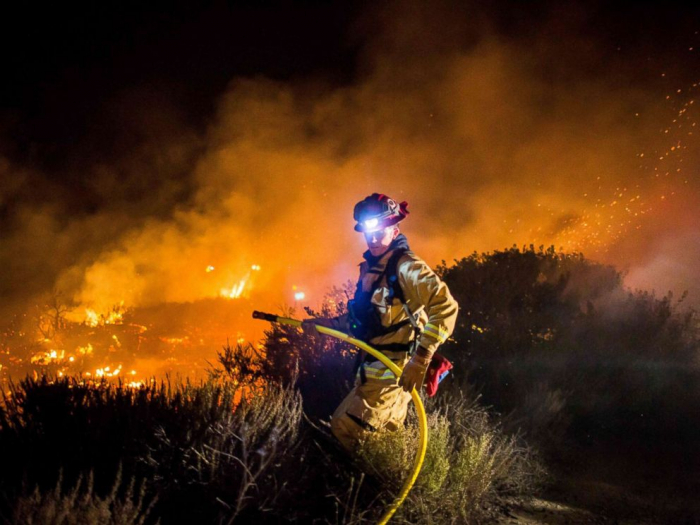 The death toll in Northern California wildfires jumped up to at least 42 people, the Butte County Sheriff said, Sputnik reported citing Reuters. The authorities updated the previous death toll after locating the remains of 13 additional victims from the Camp Fire.

Previously, the number of of people, who died as a result of raging wildfires in the US state of California stood at 29. Butte County Sheriff told reporters back then that 228 people remained missing since the fire began on Thursday.

US President Donald Trump said on Tuesday that he has approved a Major Disaster Declaration for the wildfire-ravaged state of California, thus making those affected eligible for state help in housing and unemployment as well as legal aid.

The declaration was requested by California Governor Jerry Brown as the natural disaster continues to grow in the western state. Trump declared a state of emergency in California on Saturday. Over 30 people reportedly died as a result of wildfires.

“I just approved an expedited request for a Major Disaster Declaration for the State of California. Wanted to respond quickly in order to alleviate some of the incredible suffering going on. I am with you all the way. God Bless all of the victims and families affected,” Trump wrote on Twitter.

Trump previously said on Saturday that the disastrous wildfires in California had caused a “catastrophic damage”, saying that the fires were expanding very quickly.

Three major fires are currently raging in California, with the Camp Fire hitting its north, and the Woolsey Fire and the Hill Fire hitting its south. The disaster, which started on Thursday and quickly spread across the state, has already destroyed about 7,000 buildings and devastated more than 42,000 hectares of the state's territory.