Should I avoid drinking in front of my children? 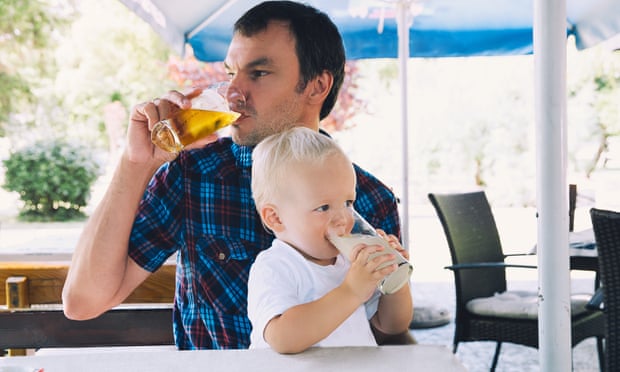 When you’re drinking wine at home, don’t look as if you’re enjoying it – at least not if you have kids. How much you drink, how often you say: ‘Ah, that’s nice,’ while imbibing and whether you use alcohol as a reward or coping mechanism can all encourage adolescents to drink, according to a report last week from the Institute of Alcohol Studies.

In case you think it’s OK for teenagers to drink, the Department of Health advises children have an alcohol-free life until the age of 15 and only one drink a week until they are 18. In 2009, Prof Liam Donaldson, the Chief Medical Officer at the time, warned that “exposing children to drink-fuelled events” was one of the root causes of the UK’s drinking problem.

This latest report looks at parents who drink within the government guidelines. Parents often assume their children don’t notice their drinking, but, alas, they do. The report, which included a variety of study methods, such as surveys, focus groups and a public inquiry, found that half of parents had been tipsy in front of their child, while nearly a third said they had been drunk.

Children can tell the difference in levels of inebriation (the difference been merry and overdoing it), and one in five said they had been embarrassed by their parent’s drinking, while others said that parents had forgotten their bedtime or argued with them more than usual.

If you have a warm parenting style, but clear expectations for your children’s behaviour, this can protect your children from underage drinking, even if you occasionally overdo it yourself. The report has clear guidelines for parents: don’t glamorise alcohol, talk about its risks as part of a conversation about alcohol – and don’t bang on about your hangovers because your children will then think it’s normal to throw up and have a headache after a drinking session.

But according to Prof Ingeborg Rossow from the Norwegian Institute for Alcohol and Drug Research, who was the lead author of a systematic review three years ago on parental drinking, the evidence isn’t strong enough for any sort of recommendation: “Despite numerous research publications on this topic, there is rather little we know about causal effects of parental drinking and parenting behaviour on children’s alcohol use.” And that’s the truth – it’s an association, not evidence of proof. Alcohol marketing, peer pressure and the genes that influence how much you drink are also in play. But, even so, parents who drink in front of their children and overdo it, could make their younger children feel unsafe and their older ones mortified. So treat parenting like driving – don’t go over the limit.