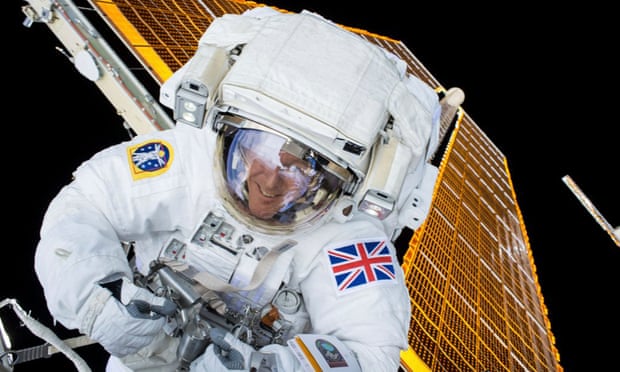 The astronaut selection process at the European Space Agency is unforgiving from the start. On day one, candidates assemble in Hamburg for six rounds of tests that run back to back, with 10-minute breaks in between. All are designed to expose weaknesses in people’s “hard skills”: their mental arithmetic, visual perception, working memory, pattern recognition, concentration, and more. Most are abilities that cannot be taught.

“On the first day of testing you are so exposed. There is no hiding place,” says Tim Peake, an army major and former helicopter test-pilot who became Britain’s first ESA astronaut in 2009. “They are analysing your brain and you’ve either got it or you haven’t. I was more nervous about that stage than anything else.”

And yet day one is not when most people fail. Of the 8,172 people who applied to the European astronaut corps for the class of 2009, only 918 reached the first test day. While many of the 89% who fell at the first fence had put in frivolous applications or did not meet the entry requirements – they were too tall, too short, had no degree, or did not submit a medical certificate – scores of impressive applicants were rejected too: doctors, scientists, engineers, and even other test-pilots.

“People think it is going to be really tough later on down the road and don’t appreciate that the toughest part of the selection is that form,” says Peake. “Some of my friends, who are equally qualified test-pilots, did not pass the application form and I think it was a lack of care and attention at that early stage.”

Ever since the first men – and it was only men – were chosen for the Apollo programme 50 years ago, the astronaut selection process has been regarded as the toughest job interview on the planet. It has also been shrouded in mystery. Now, with the European Space Agency eyeing another call for astronauts in 2020, Peake has written a guide to the process. For many, The Astronaut Selection Test Book: Do You Have What It Takes for Space? will be a prime example of Betteridge’s law. The journalistic adage states that any headline that ends in a question mark can confidently be answered: “No”.

Some of the most crucial questions on the application form are disarmingly simple. One asks applicants to explain in 750 words why they want to be an astronaut. Quoted in the book, Gerhard Thiele, a former head of ESA’s astronaut division in Cologne, tells Peake: “We’ve had people who write five pages.” Attention to detail matters, says Peake. In space you need to sweat the small stuff.

Another asks if applicants are happy to move to Cologne, home to ESA’s astronaut training centre. The agency is looking for more than a yes. Asking how the agency will support them in their move, and help with any family, shows responsibility and the confidence to question authority, Peake says.

Having to plough through puzzles fast ramps up the pressure on test days. One question has a student running 100m in 15 seconds, and asks what time they will record if they run 2km/hour faster. Is it 13, 13.6, 13.8 or 14.2 seconds? The maths is straightforward but there is no time to write out the full calculation: a mental shortcut helps.

Beyond basic arithmetic tests are puzzles that assess how well, and how fast, people can rotate 3D shapes in their minds; pull critical information from messy situations; discern increasingly complex patterns; and repeat strings of numbers backwards after hearing them through headphones.

“You have to be a jack of all trades, and hopefully a master of some,” says Peake. “You don’t have to be a genius, but you do have to be high average in everything. They are looking for a spectrum of skills across the board.”

There is a psychological element even to the mathematics tests. With too little time to answer all the questions, candidates have to make a call: should they finish but get some answers wrong, or fail to finish but give only correct answers? Here, the agency is looking for a balance.

“They tend to pick people who go through the entire test skipping the harder questions and going back to them. It means they can prioritise their work.”

Soft skills are just as important. No one wants an astronaut who can work out in seconds how swiftly a fire will consume the International Space Station’s air supply if they cannot agree with the crew what to do about it.

These are skills that have become more important since the Apollo era. In time, the International Space Station will be handed over to private companies. The European Space Agency, along with the agencies of other nations, will focus on a station that orbits the moon ahead of a new era of lunar exploration. In the more distant future, Mars is, as ever, on the horizon. On deep space missions, you cannot radio Earth for help in an emergency: the signals can take 20 minutes to travel each way.

“At the end of the day, somebody is potentially going to have to make some very difficult decisions on a journey to Mars without the benefit of liaising with ground and the rest of the crew is going to have to respect that decision,” says Peake. “Team skills are going to be absolutely essential.”