Do military women have higher rates of infertility than civilians? 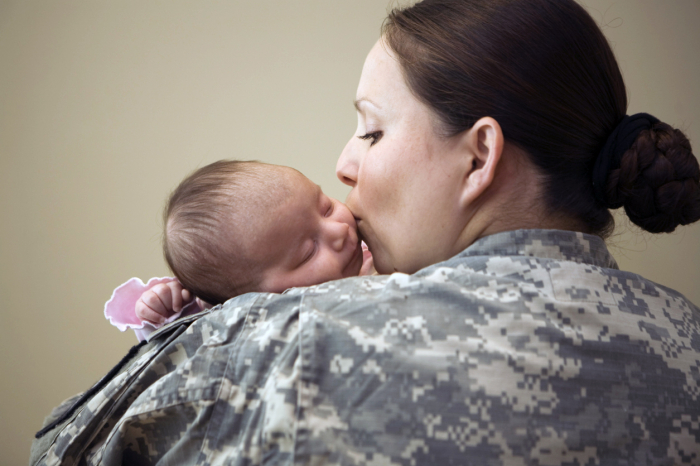 About one in three current and former service women who participated in a recent survey said they’ve had problems with infertility, according to a newly released report.

“This infertility rate was shocking. I had no idea that was a problem,” said Ellen Haring, the chief executive officer of the Service Women’s Action Network (SWAN), which conducted the online survey in early 2018. “The military has never reported infertility rates.”

The report was based on responses to a SWAN online survey from 799 women, including active duty, Guard and Reserve, retirees and veterans.

SWAN is calling for more research into the problem.

That’s already in the works: RAND Corporation is about to embark on a Defense Department-sponsored study of military women’s health, with a survey expected to be fielded by late summer or early fall of 2019, said Sarah Meadows, senior sociologist with RAND Corporation. “There hasn’t been a DoD-wide sponsored women’s health survey since 1989,” she said.

There will be sections on infertility, pregnancy, muscular/skeletal injuries, retention, work and family issues and many other aspects, she said. The survey is in the approval process now, and there’s a possibility it could be sent to all female service members.

Recent data was not immediately available from the Defense Department. But data from a 2013 study by the Armed Forces Health Surveillance Center shows a much lower incidence rate of infertility among military women — about 0.624 percent annually. Researchers studied medical records of all military women who served in the active component of the Army, Navy, Air Force, Marine Corps or Coast Guard at any time from January 2000 through December 2012, examining those with infertility-related diagnoses.

DoD researchers found 16,807 women who served during that 13-year time period who received those diagnoses. Their analysis concluded that for every 10,000 women serving on active duty during those 13 years, about 62 were diagnosed with infertility each year — about 0.624 percent.

Haring said findings from the SWAN survey indicate that military women’s infertility rate is significantly higher than the rate among civilian women. According to the Centers for Disease Control and Prevention, about 12 percent of women ages 15 to 44 in the U.S. have difficulty getting pregnant or carrying a pregnancy to term, regardless of marital status.

She said the online survey was sent to SWAN members, as well as posted on social media with a number of groups, and the Veterans Affairs department also shared the link.

The SWAN survey was not a scientific sampling. The report notes that it’s not fully representative of military women and is skewed toward the experiences of white officers.

However, “despite the skewed sample, there are some important and consistent findings,” the report states.

In the SWAN report:

The report included information from several women who believed their infertility was due to their military service. One woman, an Army aviation retiree, said her exposure to methyl ethyl ketone, or MEK, caused her to lose her ovaries at age 21. MEK is a liquid solvent used for cleaning or stripping plane parts.

Another said ill-fitting body armor, designed for men but issued to women, pressed into her abdomen while riding for long periods in vehicles in Iraq. It caused abdominal hernias and resulted in her inability to carry a baby to term, she reported.

One infertile woman who deployed three times to Iraq believes contaminated water, overheated plastic water bottles, and poor air quality due to burn pits and other pollutants may be to blame.

Haring said she recently met a woman pilot who paid $30,000 for fertility treatments to have twins.

“This data clearly cries out for more research to pinpoint the high levels of infertility,” the report stated. “In the interim, military women who present with fertility problems which are likely a result of military service should be afforded access to all available infertility testing and procedures at no cost.”

Kathy Beasley, a retired Navy captain who is director of government relations for health affairs for the Military Officers Association of America, said defense officials should try to understand risk factors associated with military service that can contribute to infertility, and take steps to mitigate the risk. “More research needs to be done,” she said. “And they shouldn’t just look at records. They need to talk to women,” she said.

According to the 2013 Armed Forces Health Surveillance Center study, the incidence rate for female infertility increased during the period of 2000 to 2011, mainly due to increasing rates of infertility of unspecified origin, and then declined in 2012. Incidence rates were higher in women in their 30s, but rates increased the most in women in their 40s. That may reflect increasing rates of women seeking clinical care for infertility among women who decided to delay pregnancy until they were older, and an increase in infertility treatment options, researchers stated.

They also found that nine percent of the women who were diagnosed with infertility were seen in clinics for pregnancy within two years of the infertility diagnosis.

“It should be noted that, on average it takes one year to conceive a pregnancy and go to term for healthy couples. Military members who are attempting to conceive but cannot within acceptable clinical practice guidelines are given full access to maternal fetal medicine and advanced fertility services,” said Kevin Dwyer, spokesman for the Defense Health Agency.

The DoD study also noted some limitations. Although active-duty members are treated in the Military Health System, the study’s counts and rates underestimate actual counts and rates because they don’t include women who may have received care for infertility outside the military system.

The SWAN report cited “a significant percentage” of unintended pregnancies in military women, with the highest rate occurring among now-retired women — with 32 percent (43 women) experiencing this during military service. Another seven women experienced an unintended pregnancy after they retired.

Of those 50 retirees, 21 said they had abortions.

Out of those 50 retirees with unintended pregnancies, 21 answered questions about whether they received advice on abortion services. Three reported getting advice from military health care providers in connection with an unintended pregnancy, one received assistance from the VA, and seven tried to get care from military or VA providers and were denied.

Among active-duty women, 13 percent, or 36 women, had experienced an unintended pregnancy, and of those, eight had abortions. Four said they were denied medical advice by military health care providers and four said they didn’t seek advice from these providers. They paid between $300 to $600 for abortion services off base, and none received follow-up care from military health providers.

“Military women, regardless of their status or duty station, should receive information about affordable abortion services, and they should receive post-abortion care,” the report writers recommended.

The SWAN report found some good news in the area of access to birth control. For example, 95 percent of the active-duty women who participated in the survey said they’re able to get their preferred method of birth control.

However, women officers have greater access than enlisted women, according to the report. In addition, 26 percent of currently serving women who had deployed said they weren’t able to get this birth control during deployment. This access appears to be steadily improving over time.

Read the original article on militarytimes.com.