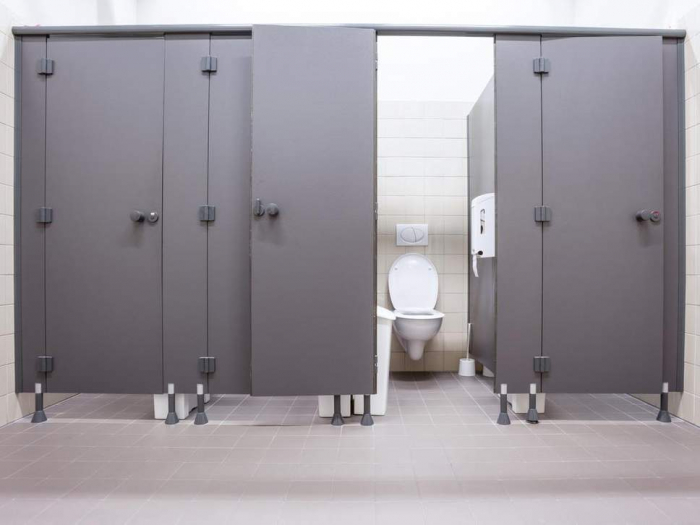 Peeping toms are installing clandestine cameras in rental and student properties or public spaces including toilets, swimming pool cubicles, changing rooms and tanning salons, in an attempt to capture explicit photos of women without their consent.

However, experts say the hidden nature of the crime means most women will never be aware they have been captured on camera – and also makes it very difficult to accurately predict the scale of the problem.

Advanced Sweeping, a company that detects spycams and bugs, said such incidents had risen due to the gadgets becoming less expensive and more technologically advanced.

Keith Roberts, who runs the company, said his cases ranged from detecting spy cameras placed in homes by partners or exes, to instances of people using the equipment to snoop on strangers.

“It has grown exponentially in the last five to seven years,” he said. “Our caseload is going up, which comes from these things being readily easy to buy. They used to have to go to spy shops but now it’s all on eBay and Amazon. It is shocking. Tech can lead people down some dark roads. It is terrifying. You have got to be very vigilant these days. We check businesses, residential homes, boats, vehicles.”

He said cases he had dealt with included a woman in a London flat being spied on by her landlord who concealed a camera in the ceiling, and a case where an employee installed a camera in a tanning salon.

“That was really grim,” he said. “So many people were connected. We felt it was necessary they contacted the police, and from what I remember the individual was arrested.”

He has also dealt with cases where customers had sent him naked photos and they then had to try to work out where the images were taken.

“People put [spy cams] in because they want to be nosy and then they turn into a voyeur. It is the leaking of information which makes people realise they are being spied on, but lots are spied on and never know.”

He said advances in technology meant some camera devices were very difficult to detect because they only send imagery or audio from the particular room to the voyeur at certain times of day such as 3am – meaning the wifi will not be transmitting when firms do a “sweep”, and therefore will be more difficult to detect.

However, he said his company was able to get round this by using highly sensitive scientific equipment.

A search for spy cameras on Amazon shows everything from watches to water battles, alarm clock radios, glasses and pens, priced anywhere from £7 to £70, which contain hidden spy cameras.

Filming people on hidden spy cameras without their permission falls under the “voyeurism” section of the 2003 Sexual Offences Act, and it carries a maximum of two years’ imprisonment.

But Alisdair A Gillespie, an academic who specialises in cybercrime and sexual offences, said it was tremendously difficult for the police to catch voyeurs, and even when footage was discovered it was difficult to work out who the people in the videos were as you may not be able to see their faces.

“The problem with voyeurism is, because it is secret, you only ever stumble across it. It will only be if you happen to find someone installing the camera or you discover the footage,” he said. “If footage is from a changing room in a shop or leisure centre, all you might see is the genitalia.”

Mr Gillespie, who has spoken to the Crown Prosecution Service and police about voyeurism crimes, said it was tricky to decipher which footage was real and which was staged.

“In chat rooms like 4chan [a site which has been linked to the far right] people say, ‘What is the best camera you can use?’ You can buy clocks or smoke detectors that have cameras.

“It is a hidden crime that you can’t quantify. If it is done properly you will not know you are a victim – unless they are using the material for blackmail – so it is hard to know how much it has gone up. The average person does not think you can be spied on.”

He said the new upskirting bill, which is currently in the Lords, will not tackle the scourge of hidden spy cameras.

While upskirting – the act of taking a photo up someone’s skirt without their permission – is illegal in Scotland under the Sexual Offences Act, it is not criminalised as an individual act in England and Wales.

Samantha Pegg, a senior lecturer at Nottingham Law School who specialises in sexual offences and pornography, said voyeurs tend to be given sexual harm prevention orders that stop offenders buying electronic equipment that can be used as a camera.

She said she always checked for secret cameras in hotels, adding that she looked at smoke alarms to work out if they look “suspicious” and switched the lights off to see if anything can be seen.

“I do make an effort to check but maybe I am giving myself a false sense of security,” she said. “We have got a problem with voyeurism in the UK. I have come across awful convictions. People are not particularly well informed about the problem. In some cases, the victims are never going to be aware. I suspect it goes on an awful lot more than we think.

A Ministry of Justice spokesperson said: “This behaviour is abhorrent, it can leave people feeling degraded and distressed, and those responsible face prosecution.”