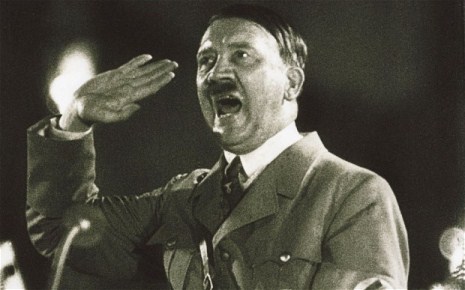 Thailand`s premier university has apologised for displaying a billboard that showed Adolf Hitler alongside Superman and other superheroes, saying it was painted by ignorant students who didn`t realise Hitler`s image would offend anyone.
The huge billboard was placed outside the art faculty of Chulalongkorn University as part of a tribute to this year`s graduating class.

It said "Congratulations" in bold white letters and showed Hitler with his arm raised in a Nazi salute next to Batman, Captain America, the Incredible Hulk and Iron Man.

"(We) would like to formally express our sincere apology for our students` `Superhero` mural," art school dean Suppakorn Disatapundhu said in a statement issued on Monday. "I can assure you we are taking this matter very seriously."

The billboard was up for two days before being removed on Saturday in response to criticism. Online photographs showed graduating students in their robes, mimicking Hitler`s raised arm salute.

Dr Suppakorn said that freshman art students had painted the banner as part of a traditional send-off from incoming students to the graduating class, and it was one of dozens of banners and billboards across the campus during the university`s commencement period.

The artistic vision behind the picture was to show that good and bad people co-exist in the world, Dr Suppakorn said after summoning the students for an explanation.

"They told me the concept was to paint a picture of superheroes who protect the world," the dean said in a telephone interview.