How the world's most beautiful cities looked 100 years ago 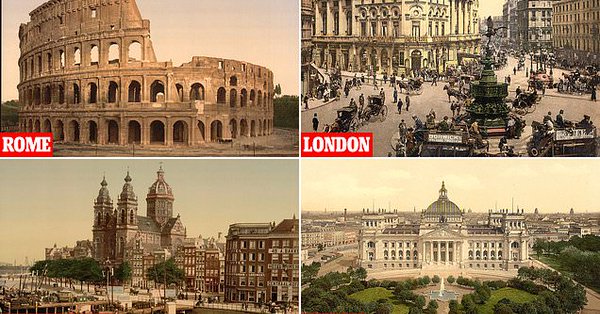 These colour pictures from the turn of the 20th century reveal what European capitals looked like a hundred years ago.

Some of Europe's historic landmarks have barely changed since the pictures were taken, including the Colosseum in Rome which has stood since ancient times.

Piccadilly Circus now features cars, buses and an Underground station rather than horse-drawn vehicles but the junction in London's capital is instantly recognisable in the old picture.

Others have been transformed, such as the Reichstag in Berlin with its modern glass dome and the Louvre in Paris with its now-famous pyramid.

When the pictures were taken some of the now-iconic landmarks, such as the Eiffel Tower in Paris which faced some opposition at the time, had only recently been installed.

Many of them wear the scars of the century that has passed since, damaged during World War II or the Cold War and sometimes put to very different uses over the years. 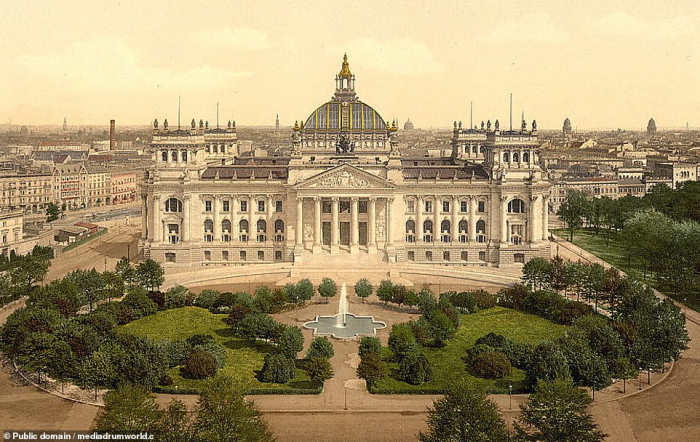 Reichstag building, Berlin. The German parliament building was relatively new at the time, having opened in 1894 following the unification of the country in 1871. Located near the Brandenburg Gate, it was severely damaged by the 1933 fire that helped cement Hitler's power and by Allied bombing during World War II. Largely disused during the Cold War, it re-opened in 1999 with the glass dome designed by Norman Foster replacing the original dome pictured in the 19th-century image 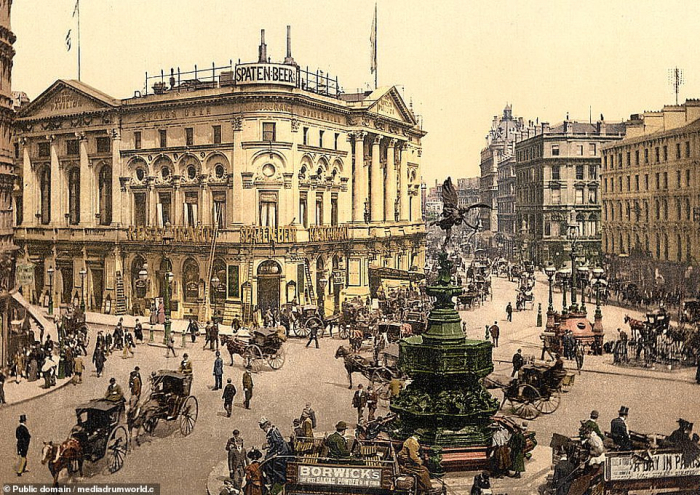 Piccadilly Circus, London. The junction in central London looks familiar even in the older picture, with the Eros statue - put up in 1893 - in its original position in the centre of the circus. The horse-pulled traffic has since been replaced by cars and buses, and the Underground station opened in 1906 on what was then the Great Northern, Piccadilly and Brompton Railway 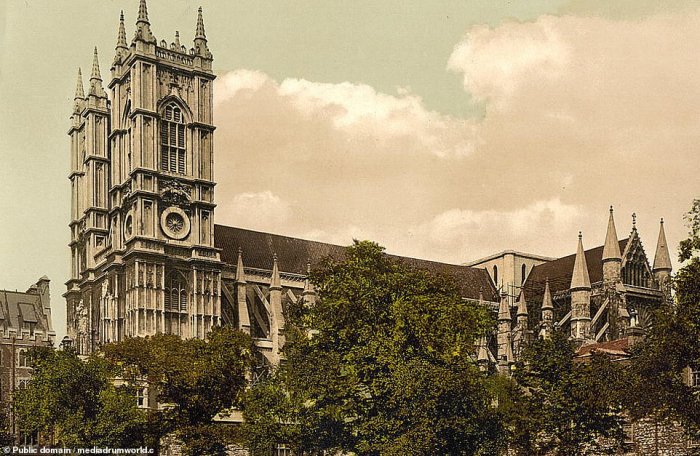 Westminster Abbey, London. A church has stood on the site since the 10th century but it took on its current status as a Royal Peculiar under Queen Elizabeth I in 1560. It houses graves and monuments to British luminaries across the centuries, including monarchs, politicians, poets and scientists, as well as the Tomb of the Unknown Warrior buried there in 1920 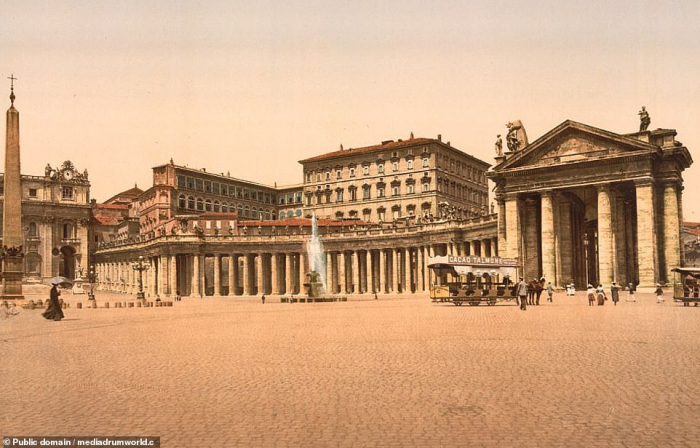 St Peter's Square, Vatican City. In this older view of the Holy See, St Peter's Basilica - the centrepiece of the Vatican under which the apostle of Jesus is held to be buried - is just visible on the left. Popes have resided in the Vatican for over a thousand years but the square with its arches and colonnades was built in the 17th-century. On the left is an obelisk brought from Egypt 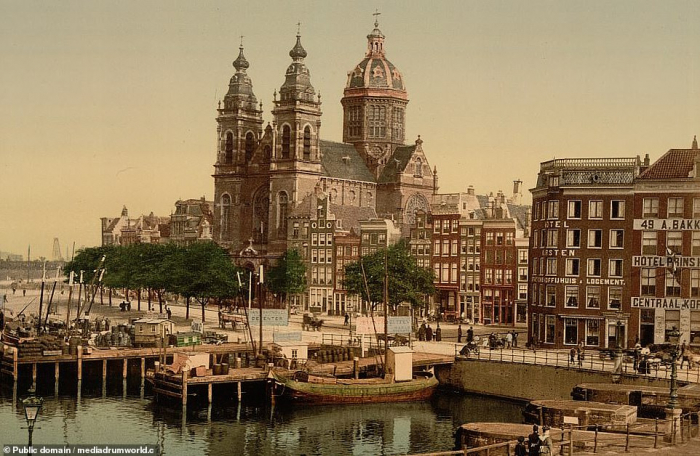 Nicolaaskerk, Amsterdam. The Catholic church in the old town near Amsterdam's railway station was built in the 1880s and dominates that part of the Dutch capital's skyline. The Vatican raised it to the rank of a basilica to mark its 125th anniversary 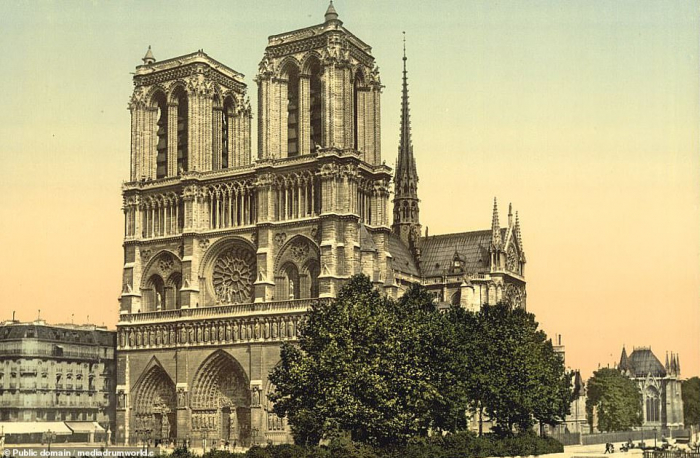 Notre Dame, Paris. Work on the Catholic cathedral began in 1163 but it was not fully completed for almost two centuries, later serving as the venue for Napoleon's coronation after he became Emperor of the French in 1804. After World War II there were major efforts to clean the cathedral, returning it to its original lighter colour 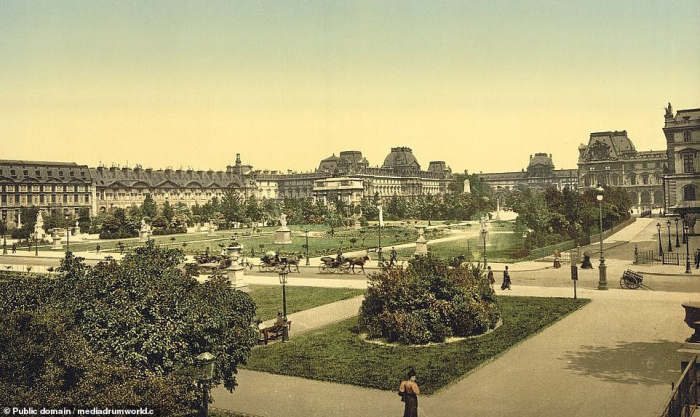 Louvre, Paris. The area began life as a royal fortress for Kings of France in the 12th century in what was then an outer part of the city. In the 16th century it became the primary royal residence for French monarchs, before the revolution of 1789 eliminated the royal family and turned the site into a museum. The pyramid which is now one of the icons of the Louvre art gallery - home to the Mona Lisa - was added in the 1980s as one of the Grands Projets of French president Francois Mitterrand 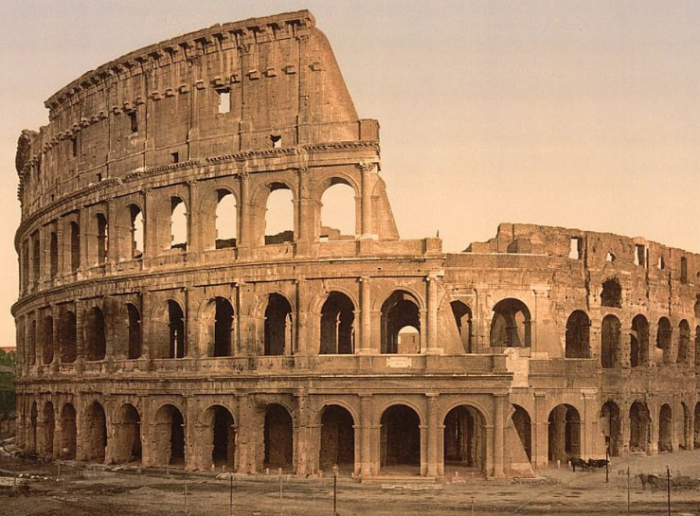 Colosseum, Rome. This ancient monument has changed relatively little since the older picture was taken. The amphitheatre was finished in the year AD 80 during the days of the Roman Empire, when up to 50,000 people would go to the stadium to watch battles and executions. The Pope holds a service there every Friday in memory of early Christians who died there 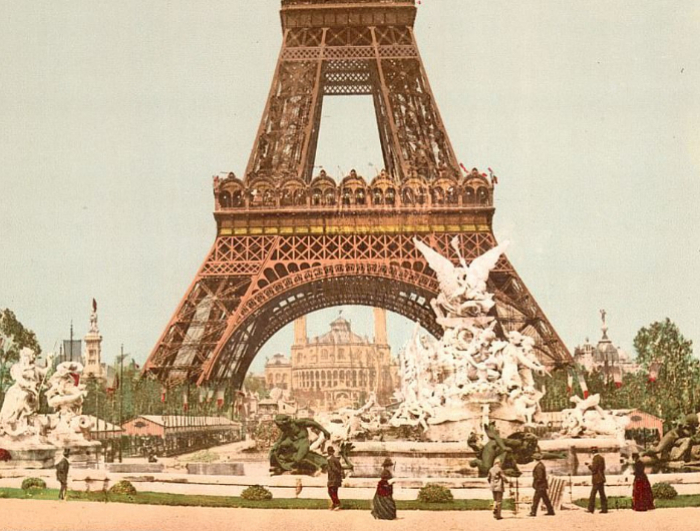 Eiffel Tower, Paris. The landmark tower was a recent addition to the Paris skyline when this picture was taken. It was built in the 1880s ahead of a world's fair in Paris in 1889 which marked a century since the French Revolution. Named after designer Gustave Eiffel, it originally faced opposition from Parisians who compared it to a 'half-built factory pipe'