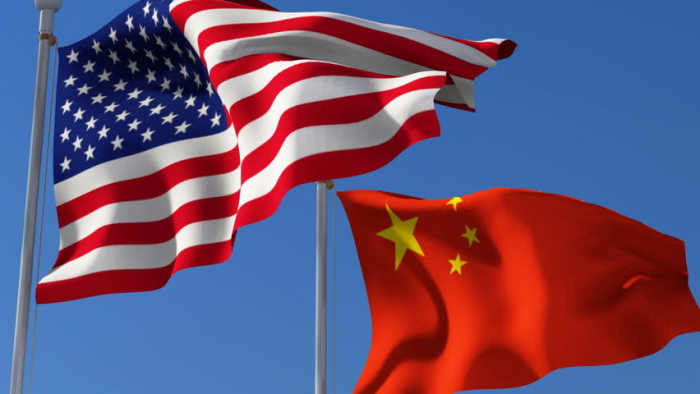 The extended trade talks between China and the United States in Beijing ended on Wednesday with a member of the American delegation describing the negotiations as “fine”, Trend reports referring to South China Morning Post.

“It’s been a good one for us,” Ted McKinney, US undersecretary for trade and foreign agricultural affairs, said at the end of the vice-ministerial level talks.

The discussions had been “just fine”, he said, without elaborating.

The meetings were the first since Chinese President Xi Jinping and his US counterpart Donald Trump agreed to a 90-day truce to the trade war at the G20 summit in Buenos Aires in December. While signals from the latest round of talks were upbeat, if a deal is not reached by March 1, the US side may follow through on raising tariffs on US$200 billion in Chinese goods from 10 per cent to 25 per cent.

The two delegations were led by US deputy trade representative Jeffrey Gerrish and China’s vice-minister of commerce, Wang Shouwen. The talks were originally planned for Monday and Tuesday but were extended into Wednesday.

Lu Kang, China’s foreign ministry spokesman, confirmed at a press briefing that the talks had ended and said that more details would be released soon.

“The extension of the talks indicates that both sides are serious about this consultation,” he said. “If the results of the talks are positive, it would be beneficial for both China and the US and it would be good news for the global economy.”

While the talks were mostly between mid-level officials, a photograph leaked on Monday showed they were also attended by China’s Vice-Premier Liu He, the chief trade negotiator for the Chinese side.

The US delegation included representatives from the departments of energy, agriculture, treasury and commerce.

Since the start of the trade war in July, both sides have levied billions in tariffs that have shaken business sentiment, in a conflict many see an extension of a technology battle between the world’s two largest economies. At the heart of US concerns is the “Made in China 2025” industrial policy, a strategy Beijing hopes will allow it to supersede US technology supremacy, which it has since played down without indicating it will fully abandon the plan.

While there were indications that China would be open to buying more US agricultural and energy products and allowing market access, demands for Chinese structural reforms to halt forced technology transfers and intellectual property theft were greater hurdles in the discussions, people familiar with the talks said.

Analysts said the positive momentum from the working talks will need to be followed up by more senior officials, such as Liu and US trade representative Robert Lighthizer, who is in charge of overall negotiations on the US side. While the 90-day tariff ceasefire may be extended to allow for more manoeuvring room on prickly trade issues, it is unclear if there will soon be a substantive deal or if existing tariffs are on the negotiation table, they said.

“I am looking for Liu He to go to Washington after this round of talks – the timing is actually very critical for the markets,” said Iris Pang, China economist from ING Bank.

“If it is immediately after these talks, it really means that something executable is going to happen; if it is next month or so, then you have a feeling that things are not really that executable for the moment.”

It was possible, she said, that either the truce would be extended or a lower than threatened tariff rate would be implemented on the US$200 billion worth of Chinese goods.

While Beijing could take “easy steps” like importing soybeans, cotton and liquefied natural gas from the US, there would be greater difficulties on the technology front, including China proving its commitment to intellectual property rights with penalties on violators and addressing US restrictions on China’s electronic components, Pang said.

Jon Cowley, a senior lawyer at Baker McKenzie’s international commercial and trade practice group, said he expected that negotiators may have put together a framework for an agreement, but that existing tariffs would not be fully eliminated unless China met the US “all the way”.

“It’s possible to reach an agreement that would further extend this truce with respect to the roll-out of new tariffs but it might not necessarily address those that have taken effect,” he said.