Air pollution 'as bad as smoking in increasing risk of miscarriage' 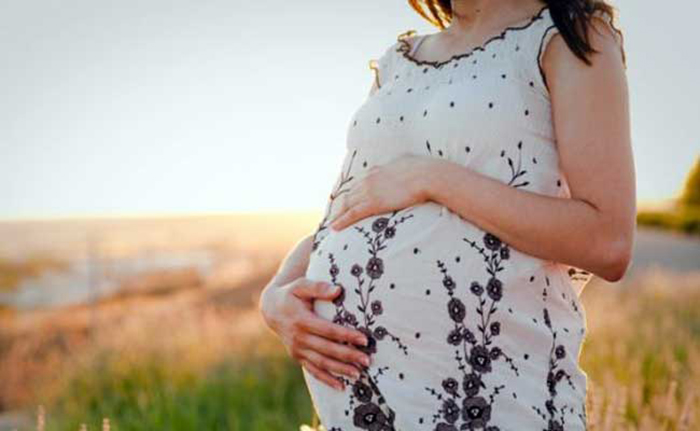 Air pollution is as bad for pregnant women as smoking in raising the risk of miscarriage, according to a scientific study. They said the finding was upsetting and that toxic air must be cut to protect the health of the next generation, the Guardian reports.

The effect of long-term exposure to dirty air on the risk of miscarriage has been analysed previously. Studies from Brazil to Italy to Mongolia found a link, but others failed to do so.

However, the latest study is the first to assess the impact of short-term exposure to air pollution. It found that raised levels of nitrogen dioxide (NO2) pollution that are commonplace around the world increased the risk of losing a pregnancy by 16%.

“It’s pretty profound,” said Dr Matthew Fuller, at the University of Utah’s department of emergency medicine and one of the research team. “If you compare that increase in risk to other studies on environmental effects on the foetus, it’s akin to tobacco smoke in first trimester pregnancy loss.” NO2is produced by fuel burning, particularly in diesel vehicles.

The research, published in the journal Fertility and Sterility, was conducted in Salt Lake City in the US, and surrounding urban areas. But Fuller said the results were applicable elsewhere: “There are many places in the world that suffer from pollution that is far greater, so this is not a problem unique to Utah. This is a problem we are all facing.” NO2 levels in Salt Lake City are similar to those in cities such as London and Paris.

Fuller was initially alerted to the issue when a family member lost a miscarried during a particularly poor period of air quality in 2016. He said: “That triggered the question in my mind and then I started noticing anecdotally that I was seeing spikes in miscarriage numbers in the emergency department during and after [pollution spikes].”

Fuller teamed up with the population health scientist Claire Leiser and others to see if the effect was real. They analysed the records of more than 1,300 women who attended the emergency department after miscarriages from 2007 and 2015.

A woman’s exposure to air pollution at the time of the miscarriage was compared with similar times when she did not miscarry, meaning that age, weight, income and other personal factors were accounted for. The strongest link with a lost pregnancy was the level of NO2 in the seven days before the miscarriage.

The average seven-day NO2 level across the whole period was 34 micrograms per cubic metre (μg/m3), but peaked at 145μg/m3. The researchers found an increase in NO2 pollution of 20μg/m3 was associated with a 16% rise in the risk of miscarriage. “Many of us think there is an effect [of air pollution] on our health, but to find out there are actual effects on unborn children is very upsetting,” said Fuller.

Higher levels of particle pollution were also linked to a greater risk of miscarriage, as found in a previous study, but the association in the new work was not statistically significant. However, other recent studies on long-term exposure to particle pollution in Iran, Italy, Mongolia and the US found significant links. Other air pollutants, including ozone and sulphur dioxidehave also been implicated in these analyses.

The mechanism by which air pollution could harm a foetus has not yet been established but a likely hypothesis is that the pollutants cause oxidative stress and inflammation.

Dr Sarah Stock, at the University of Edinburgh and not part of the research team, said: “Air pollution is clearly detrimental to the health of millions of mothers, babies and children worldwide. Measures to reduce the impact of air pollution are crucial to ensure the health of future generations.”

But she noted that the risk of miscarriage varied substantially with the number of weeks of pregnancy and that the study had not been able to record this information, potentially introducing a bias into the result.

Leiser said: “If we were able to get the gestation stage that would be a real benefit, to get a sense of when the woman is most at risk. There really needs to be more studies done on this specific issue. But we know enough about air pollution and birth outcomes to say, if you are pregnant, talk to your doctor.”

The best action is to cut overall levels of pollution in urban areas, said Fuller. However he said women could choose to time their pregnancies to avoid the most polluted times of year. This is winter in Utah and many other places, but will vary depending on local conditions.

Fuller also said pregnant women could avoid exertion on polluted days and consider buying indoor air filters. “But in the developing world these are luxuries many people can’t afford,” he said.