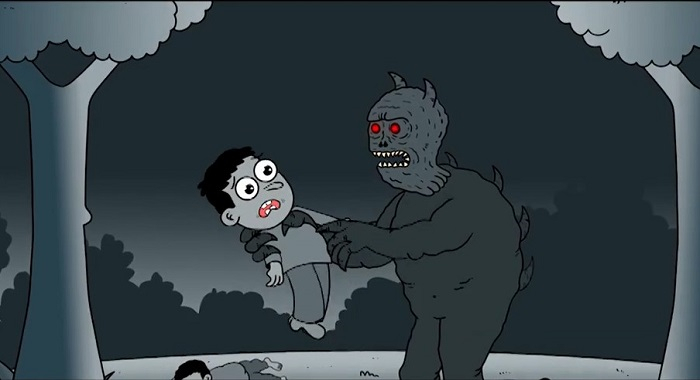 The true tragedy is not dying, but every time wiping out the saliva on the face

Though the Khojaly genocide was committed against the Azerbaijani people, it, in fact, is a crime against humanity and its moral and legal values. By committing this crime, the Armenians showed that the high ideas, humanity and legal values have nothing to do with them. They, unlike other peoples, haven’t passed these stages. Therefore, they are not civil peoples, but rapacious and bloodthirsty tribes.

The world which once experienced the Holocaust tragedy has been very sensitive in regard to this issue and still curses the perpetrators of the genocide and tries such tragedies not to occur again. However, Armenians commit genocide against civilians in such a world. While the world agrees on the rules of waging war, declares civilians in the war zone inviolable, but Armenians attacked an unprotected city in such a world, murdered pregnant women, the old people and children. As if they are not a part of a civil world and the ongoing processes throughout the world have nothing to do with them.

The Khojaly genocide reveals the nature of Armenians on one hand and the stupidity of them on the other hand. Committing violence against civilians, especially helpless and defenseless people is characteristic to Armenians. Though they tried to hide it throughout the history, they failed. The massacre committed in 1915 in the Ottoman Empire, the other one committed against civilians in 1918 in Azerbaijan and the process of separatism which started in 1988 and is still going on, proved that they feel strong fascism and sadism when they see defenseless people from the Turkish nation. This is a characteristic and the biggest policy of Armenians has focused on covering up this feature. On the contrary, they have created an image of oppressed and poor people. This was a strategic mistake that they failed to anticipate due to the euphoria of occupation.

At that time, the Armenians allowed photos to be taken i the areas where the genocide was committed to make the civilians be afraid and flee Karabakh. Though it seemed a right tactical step from the point of Armenian view, it was, in fact, a true Armenian stupidity. Because they didn’t take into account an important factor. Thus, the world is not the same like in the past and it is on the verge of the information era. In such an era, information speedily spread and it solves everything. If they realized it, they tried to cover up what they committed in Khojaly. However, they preferred tactical benefit at that time and allowed the world to see the true Armenian nature.

Thus, Khojaly genocide became a dishonorable military victory over helpless people and a moral defeat before history and humanity. Today, the tableaus which reflect the Khojaly genocide and spread throughout the world is a portrait of an Armenian face which all want to spit in when looking at. Simply, it is necessary to present them to the world in a large scale. Armenians’ efforts to pretend ancient and cultural nation should break down hitting the Khojaly tableaus.

In this sense, the Khojaly genocide is an Armenian tragedy rather than a tragedy of us. Our tragedy is that our people were murdered, taken prisoners and tortured. However, all these did not weaken us, but made us stronger, enabled us to recognize our enemy and taught us to fight in the information front. The tragedy of Armenians is that the masks they had created strenuously over a few centuries torn apart in a manner that they will never be able to hide their disgusting face. This will always weaken them. Because that face will never miss the saliva of the world. We will not allow it. The true tragedy is not to dying, but every time wiping out the saliva on the face.