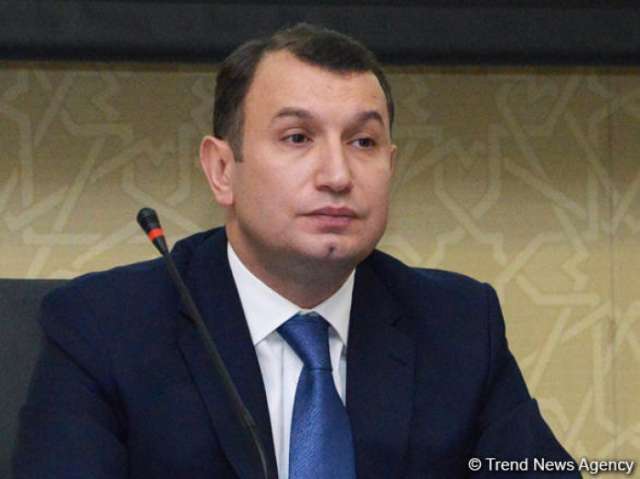 The profound reforms carried out in Azerbaijan in recent years have contributed to a significant increase in the national economy, as well as the country's position in the rankings of leading international organizations, the Deputy Economy Minister of Azerbaijan Sahib Mammadov said during the international conference "Economic reforms: development and diversification of entrepreneurship" in Baku, AzVision.az reports citing Trend.

Thanks to the reforms carried out in the country, the national economy of Azerbaijan has been able to withstand external challenges against the backdrop of complex processes in the region and the world, the deputy minister said.

"Today, one of the important tasks of state policy is the diversification of the national economy, the development of the non-oil sector, its important segments, and the improvement of the business climate through the development of entrepreneurship in Azerbaijan. In all these areas, today, there are positive results that have been achieved through reforms," he added.

Mammadov noted that all the main goals and objectives of socio-economic development are set out in the Strategic Roadmap, and concrete steps are taken by the state to implement them, including the improvement of the legislative system.

The deputy minister stressed that one of the important terms for socio-economic growth is the development of entrepreneurship, and the state pays special attention to this segment.

"The fact that Azerbaijan is actively promoting the business environment, and there is strong support for the business sector, is one of the demonstrable results of the reforms. This is a very important factor, because the development of entrepreneurship increases the country's investment opportunities. At the same time, today 50 percent of investments in the country's economy are accounted for by foreign injections," Mammadov said.

The deputy minister noted that some of the important conditions for the qualitative growth of the national economy include the development of the industrial sector, the creation of industrial parks, and the expansion of the agricultural and manufacturing sectors.

"It is necessary for forming an optimal environment for the production of high-quality agricultural or industrial products. At the same time, the competitiveness of Azerbaijani agricultural products increases the country's export potential due to high quality, as well as the chances of promoting domestic products to foreign markets. As a result of successful reforms, I would also note the construction sector of Azerbaijan, which is currently showing good performance. The growth in the production of building materials in Azerbaijan has had a positive impact on the state of the construction sector, and there is also a significant dynamic in this segment," Mammadov said.

Further, the deputy minister drew attention to the tourism sector, noting the positive dynamics of its development.

"The expansion of the tourism sector is of great importance not only for the development of the economy and the growth of cash inflows into the country, but also for improving the image of Azerbaijan in the region and the world," Mammadov said.

According to the deputy minister, the improvement of Azerbaijan's position in the World Bank's Doing Business-2019 rating was directly connected to institutional reforms and fundamental reforms that have been systematically carried out over the past 3 years, which are based on sound and balanced economic policy of the state.

According to the deputy minister, the fact that Azerbaijan has significantly improved its position in the Doing Business - 2019 global ranking of the World Bank Group, ranking 25th among 190 countries, is a clear indicator of the success of the reforms and the competent economic policy of the Azerbaijani state.

An international conference titled "Economic Reforms: Development and Diversification of Entrepreneurship" was held in Baku on March 29, 2019. The conference was organized by the Center for Analysis of Economic Reforms and Communications of Azerbaijan and the Organization for Economic Cooperation and Development (OECD).

The main objectives of the conference are to further strengthen ties between the Eurasian region and OECD countries, expand cooperation in the economic and social development of the region, and discuss ways to solve existing problems in these areas.

The conference was attended by high-ranking representatives of the government of Azerbaijan and international organizations.