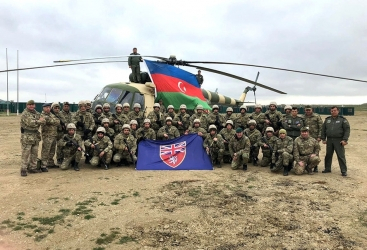 According to the military cooperation plan signed between the ministries of defense of the Republic of Azerbaijan and the United Kingdom of Great Britain and Northern Ireland, the “Multinational Peace Support Operations Instructor Training Course” has been held in Baku, Azerbaijan's Ministry of Defense reported

“During the practical training organized by the British Military Advisory Training Team, the military personnel of the Azerbaijan Army improved their knowledge and skills.
The servicemen who attended the courses were awarded certificates,” the ministry added.