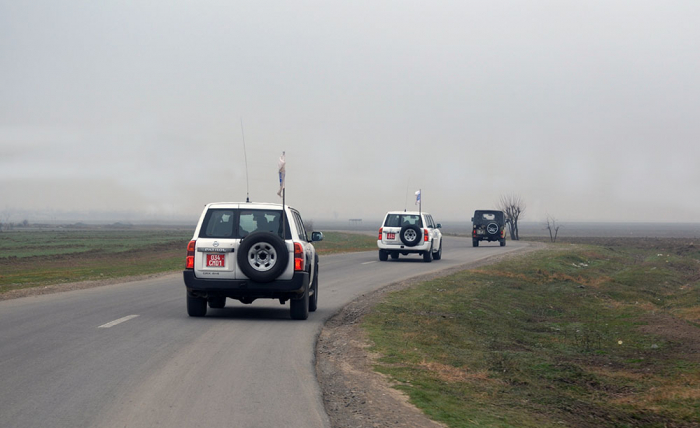 The Office of the Personal Representative of the OSCE Chairperson-in-Office, under its mandate, plans to conduct the next ceasefire monitoring on the line of contact between Azerbaijani and Armenian troops on April 10, the Azerbaijani Defense Ministry reported.

The monitoring is planned to be held in the direction of Azerbaijan’s Aghdam district.

The Personal Representative’s field assistants Ghenadie Petrica, Simon Tiller and representative of the High-Level Planning Group (HLPG) Lieutenant Colonel Ralph Bosshard will carry out the monitoring exercise from the territory of Azerbaijan.

The Personal Representative Andrzey Kasprzyk, his field assistants Ognjen Jovic, Mihail Olaru and representative of the High-Level Planning Group (HLPG) Colonel Iurij Dudchenko will carry out the monitoring exercise on the territory of the Republic of Azerbaijan occupied and controlled by the armed forces of Armenia.