World Energy Council interested in expansion of co-op with Azerbaijan 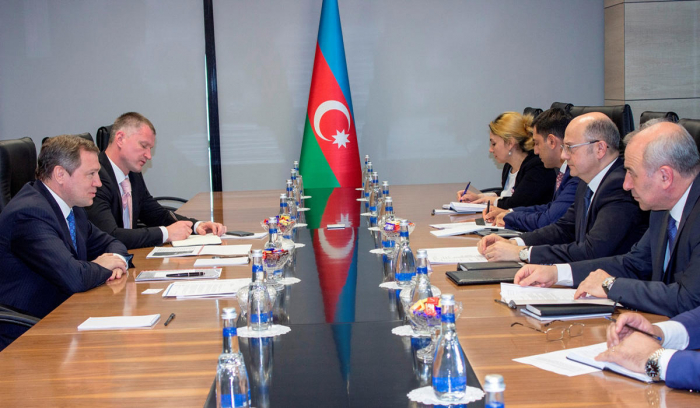 The World Energy Council is interested in expansion of cooperation with Azerbaijan.

This statement was made during the meeting between Azerbaijani Minister of Energy Parviz Shahbazov and Deputy Chairman for Regional Development of the World Energy Council Oleg Budargin, Trend reports referring to the Azerbaijani Ministry of Energy.

The views on the changes occurring globally in the energy sector as a result of the development of cooperation with the World Energy Council and the application of new technologies were exchanged during the meeting.

The holding of the next World Energy Congress was also discussed.

The role of the World Energy Council, functioning since 1924 and covering about 100 countries and 3,000 organizations, in the creation of a balance between energy equality and environmental safety, was discussed during the meeting.

The World Energy Council, as a global organization combining all areas of the fuel and energy sector, is interested in cooperation with such an energy country as Azerbaijan.

During the conversation, an invitation letter was handed to the energy minister to participate in the 24th World Energy Congress, to be held in Abu Dhabi on September 9-12.

The 8th meeting of ministers of Asian countries is planned to be held within the event.