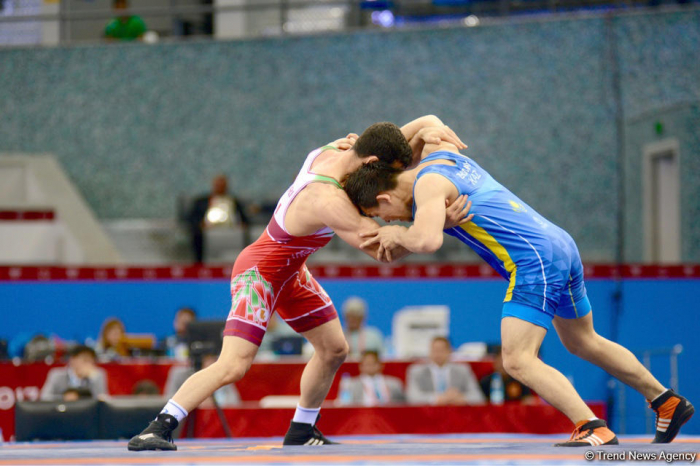 The Senior European Wrestling Championships started on April 8 in the capital of Romania, Bucharest, AzVision.az reports.

On the first day of the championships, freestyle wrestlers competed in the weight category of 57,65,70,79 and 97 kilograms.

Azerbaijani freestyle wrestler Aghahuseyn Mustafayev, who competed in the weight category of 70 kilograms, was able to reach the semifinals, defeating athlete from Russia Magomedrasul Gazimagomedov with a score of 5:3 and an opponent from Armenia David Safaryan with a score of 12:2. In the finals, Mustafayev will face British wrestler Nicolae Cojocaru.