Gatwick drone attack could have been inside job, say police 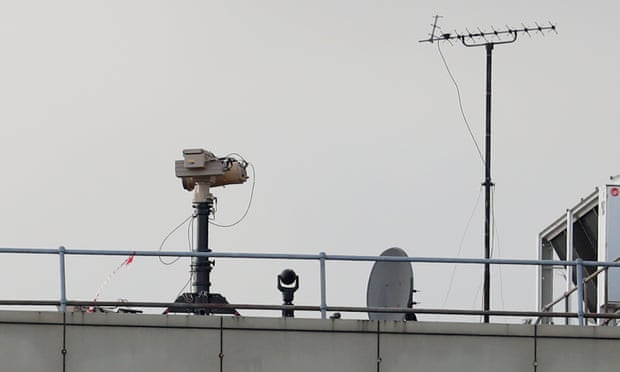 The drone attack that brought Gatwick airport to a standstill last December could have been an “inside job”, according to police, who said the perpetrator may have been operating the drone from within the airport.

Sussex police told BBC Panorama that the fact an insider may have been behind the attack was “treated as a credible line of enquiry from the earliest stages of the police response”.

Gatwick’s chief operating officer, Chris Woodroofe, believes the perpetrator was familiar with the airport’s operational procedures and had a clear view of the runway or possibly infiltrated its communication network.

“It was clear that the drone operators had a link into what was going on at the airport,” he told Panorama, in his first interview since the incident.

He said the culprit had carefully picked a drone that would remain undetected by the airport’s DJI Aeroscope detection system being tested at the time.

Between 19 and 21 December last year, Gatwick airport faced widespread chaos after a drone was spotted hovering above the runway, causing more than 140,000 passengers to face flight delays and cancellations.

Despite a massive police operation and a £50,000 reward, police were unable to find the culprit. Sussex police said the investigation was continuing but it expected it to take “some months to complete”.

Woodroofe, who oversaw the airport’s response to the drone attack, described the incident as malicious and criminal. He dismissed criticism that airport staff overreacted at the time and said it was protocol to close the runway if a drone is present.

“There is absolutely nothing that I would do differently when I look back at the incident, because, ultimately, my No 1 priority has to be to maintain the safety of our passengers, and that’s what we did,” Woodroofe said. “And it was terrible that 140,000 people’s journeys were disrupted, but everyone was safe.”

Gatwick has since invested £5m on anti-drone equipment since the attack, which includes two sets of the AUDS (Anti UAV defence system) anti-drone system made by a consortium of three British companies.

Woodroofe said he is confident the airport is now much more protected, with new state-of-the-art technology that can better spot an attack. “We would know the drone was arriving on site and we’d know where that drone had come from, where it was going to and we’d have a much better chance of catching the perpetrator,” he said.