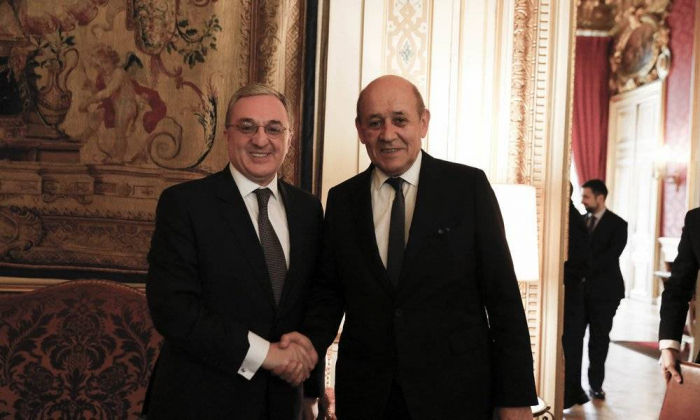 During the meeting the sides reviewed the recent discussions between Armenia and Azerbaijan. The French minister was informed about the details of the April 15 meeting between Azerbaijani, Russian and Armenian foreign ministers in Moscow.

Jean-Yves Le Drian, in turn, reaffirmed France’s determination, in its capacity as co-chair of the Minsk Group, to remain committed to finding a negotiated settlement to the conflict.