Georgia will have to wait for visa-free regime with EU 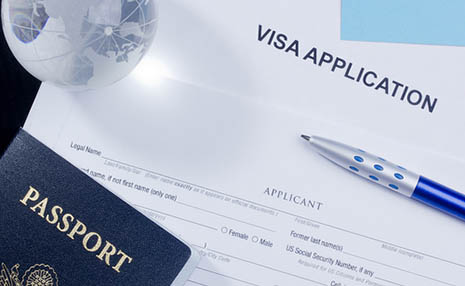 Georgia will have to be patient for reaching a visa-free regime with the EU, the European Parliament Rapporteur on Georgia Andrey Mamykin told.
Mamykin reminded that the visa-free regime for Georgian citizens will be one of the main topics at the Eastern Partnership summit, to be held in Riga on May 21-22. However, no one can say for sure about a decision to be made on this issue.

"An agreement on the visa-free regime with the EU is a political decision of the highest level for Georgia,” he said. “Some 28 EU delegations and six delegations of the Eastern Partnership countries will jointly take it. Taking into account the current situation, one can not definitely say that the visa-free regime of Georgia will be proposed at the Eastern Partnership summit."

At the same time, he said that even if the decision on this issue is taken at the summit, much time will be required to implement it.

"Even if it is announced from the political point of view that we are ready to introduce a visa-free regime tomorrow, in fact, a visa-free regime will not start tomorrow,” he said. “This requires certain procedures, coordination, exchange of databases, security of a number of files and information. This will require some time."

At the same time, the rapporteur said that Georgia has implemented quite a lot of reforms required to introduce visa-free regime, and it is quite ready for it. In particular, back in 2010, Georgia on its own initiative introduced biometric passports. The system of border protection and the system of internal affairs also work quite well in the country.

The recent resignation of several ministers and government reform in Georgia may create some difficulties in the negotiations between the EU and Georgia on the associate membership of the latter, according to Mamykin.

“The political instability is certainly not conducive to confidence,” he said. “When my country, Latvia, at the time entered the EU and NATO, there was an unwritten rule: not to change the foreign minister, not to change the minister of defense and keep a stable government as long as possible.”

At the same time, he said that last week he visited Tbilisi and Kutaisi with another mission and met with the Speaker of the Georgian Parliament Davit Usupashvili, he was present at the discussion of the government crisis in parliament and saw that Georgia is trying to quickly deal with the consequences of resignation of several ministers.

“I know some nominated candidates and subsequently, the possible future ministers,” he said. “I have every reason to expect that Georgians will get out of this government crisis with dignity.”

Moreover, he added that the government coalition doesn’t change cardinally. Therefore, there is no point to expect cardinal changes after the new ministers come to power, according to Mamykin.

Currently, the majority of the politicians and citizens of Georgia support the pro-European vector, he said. Even the current ruling Georgian Dream coalition and the opposition party of Mikheil Saakashvili, United National Movement are arguing about the details but not about whether Georgia needs the cooperation with EU. Moreover, everybody in Georgia understands the necessity of the carried out reforms and these reforms are carried out not for outward appearances or for getting a visa-free regime with EU, but for the future of Georgia and its citizens, according to Mamykin.

"The sooner Georgia will be able to create a competent, credible government, the sooner these reforms will continue,” he added.